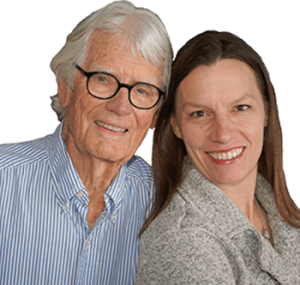 A Moroccan proverb claims, “If a man leaves little children behind him, it is as if he did not die.” A Sanskrit saying translates as, “A house without children is only a cemetery.” Having children may be central to sustained human life. But over the past several years, there has been a crescendo of voices arguing for restraint. The most fervent views are expressed by women concerned about climate change.

We know some couples decide on a childless marriage in exchange for personal freedom. Others worry about the risk of a difficult child or the effect of a child on an unhappy marriage. And there are other reasons people opt out of parenthood. As Napoleon Bonaparte concluded while in exile on the island of St. Helena, “Children are always ungrateful.”

The BirthStrike Movement is an activist group choosing to forgo having children to protect them from worsening social, economic, and environmental conditions. They may be right that deciding not to have children is possibly one of the most effective way individuals can cut their own carbon emissions. According to analysts at Morgan Stanley, “Having a child is 7-times worse for the climate in CO2 emissions annually than the next 10 most discussed mitigants that individuals can do.”

There does seem to be a trend among Millennials away from having children. But aside from the activists, do young people have a generalized concern about the consequences of climate change, enough to change the urge for children? Or has something else happened?

It is undoubtedly a great injustice to subject innocent children to the hazards of a polluted, poisonous planet. Can you blame would-be parents for opting out when scientists raise alarms that their children will encounter more floods, droughts, fires, tornadoes, and famine, fight wars over water, land and other resources, and that economic crises will lead to social chaos?

There are other considerations that affect fertility rates. For instance, having a child can send a woman’s career into the abyss. A study from the University of Massachusetts examining data from 1979 to 2006 found that, on average, men earn 6 percent more when they had children (and lived with them), while women earn 4 percent less for every child. More recent studies show the same. In 2019, a study using data from the US census found mothers earned 71 cents for every dollar earned by fathers. Women have a justified right to complain.

Friendships can also take a hit. A survey of 1000 parents revealed almost half of moms and dads had fewer friends after children were born. In addition, there was less marital satisfaction.

But what about the health benefits of parenthood. There is good news for women, including decreased risk of breast and ovarian cancer. Breastfeeding lowers the chance of type 2 diabetes. And a University of California study reports that for children born to mothers over age 25, there’s an 11 percent greater chance of living to 90.

Finally, does having children mean parents are happier and less lonely later in life? Researchers in Germany found that parents tend to be happier than non-parents in old age, but this only holds if their kids have moved out! Older people without children get similar rewards to those having children, it seems, by maintaining any close social connections that share their issues and concerns.

Make New Year’s resolutions that work for you

Working outside this winter

Think twice before shoveling the snow

Public services, not private donations, are the solution to disabled poverty