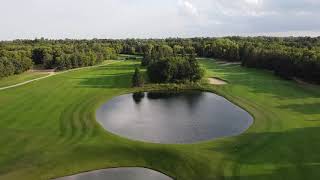 Mayor Greg Dionne apologized to the Prince Albert Golf and Curling Club (PAGCC) after they received a letter from CUPE Local 882 calling the PAGCC a “successor employee” and claiming the 8th Hole concession must be union affiliated.

“We don’t control our union, they’ll tell us with one hand one thing and tell us something else with the other,” said Dionne. “We don’t expect you people that are volunteers who run that organization for us to get involved with this.”

During Monday’s Executive Committee meeting, PAGCC President Mel Kelly asked City Council for clarification on the Union’s claims, and said the club has no intention to move forward with unionization.

“We’re just wondering where the City is and where we should be going with this,” he said. “We didn’t run the shack hardly at all during September after [receiving] the letter. We haven’t been in correspondence with the Union, we left that back here.”

Kelley wrote a letter to City Council in September saying that from their understanding, the City’s union had been fully consulted about PAGCC’s proposal to run the previously City-operated concession. He said their not-for-profit organization is now faced with the prospect of possible legal proceedings or closure if they don’t come to an understanding with the Union.

City Solicitor Mitchell Holash said there are a number of factors that would suggest this isn’t a succession issue, however “QP882 is alleging that these circumstances suggest otherwise, so there’s a difference of opinion.”

In the early spring, the PAGCC purchased the shack from the City for a nominal fee. They staffed and sold concession out of the 8th Hole Shack during the 2022 golf season in continuation of the agreement under which they operate their mobile cart concession.

Dionne moved a recommendation to refer the correspondence back to the Community Services Department and let City Administration deal with the Union before providing the PAGCC with the results.

City’s 2022 finance proposal to include new base taxes