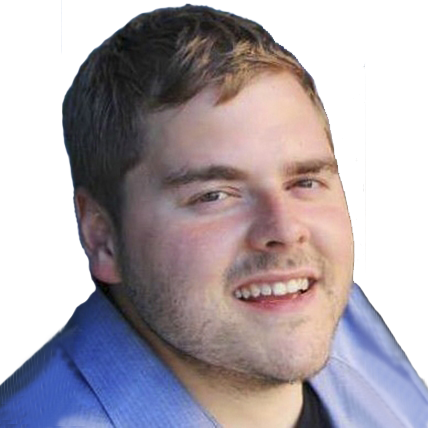 Hello Prince Albert! We’re jumping back into Italian wines this week with a look at one of the world’s greatest grape varietals: Nebbiolo, aka the “King of Wines”. What makes Nebbiolo so special?

The Nebbiolo grape has achieved international fame for its wines from regions in Piedmont, Italy such as Barolo and Barbaresco. While there are several specific sub-regions and village-level producers encompassing hundreds of vineyards, the bottles you’ll often find on the shelf simply state Barolo or Barbaresco.

Nebbiolo is a thick-skinned grape and seems to grow best only in certain types of soil. For these reasons alone, it can be a very tricky varietal to produce properly. In Barolo, the DOCG requirements state that the vineyards must be planted on South-facing slopes to maximize the amount of sunshine that the grapes receive.

Many thick-skinned grapes have a long growing season but Nebbiolo is definitely in the top five spot of longest seasons with the budding occurring in April and ripening finally occurring in October. Along with the length of time needed, the weather has to cooperate as well which means that weather events such as early frost or heavy rain can be detrimental to the harvest.

A great example of poor weather affecting the harvest is the 2009 vintage where heavy rains resulted in an early harvest. Not only is the wine considered to be less-intense than other vintages, the grapes did not have a chance to reach full ripeness which means a loss of flavor concentration and rich fruit flavors. A couple of fantastic vintages to keep your eyes out for are the 2016, 2015 and 2006 which all produced intensely powerful age-worthy wines.

The wines of Barolo are known for their intense flavors and sky-high tannins. Common flavors are old leather, pepper, rose petal, licorice, prunes and blackberries. The older, traditional style of production created wines which needed to be aged for a minimum of 10 to 20 years in order to be drank. These days, the modern style has been joined with the traditional to present fruitier wines that have been softened by small French barrels or large Slovakian casks known as “botti”. These wines still age extremely well but can still be drank within a couple of years.

In days past, the wine was left in contact with the skins (after fermentation) for around 2 months to extract flavors and tannins. In the past few decades this maceration time has dropped to several weeks which results in a fruitier style still brimming with intense tannins. For this reason, the Barolo DOCG requirements stipulate that wines must be aged at least 38 months of which 18 of those months are aging in oak. For Barolo Riserva, the aging is increased to 62 months with 18 months in oak. These aging times help soften the tannins and make the wine more drinkable for consumers.

Other basic Barolo DOCG requirements include a maximum yield of 8 tonnes/hectare during harvesting, the inclusion of only 100% Nebbiolo grapes and a minimum alcohol level of 12.5%. All the factors help create a wine of power and structure designed for decades of aging.

I have a personal connection to this varietal/wine and hold it close to my heart. My late step-father and I shared a beautiful bottle of Nebbiolo which had aged for approximately 15 years. I don’t remember the name or vintage but I do remember the awe we both felt as we sipped the garnet-colored wine with mouth-puckering tannins and acidity. We both had stained teeth and sandpaper mouths after sharing the bottle and marveled at the massive chunks of sediment clinging to the bottom of the decanter once the liquid had run dry. This was different than any wine we had tasted before and it had cemented itself in our minds as a great wine which should be sought out whenever possible. We never did share another bottle quite like that and my heart still jumps with excitement when I see it on the shelf.
Have you had a wine that evoked strong emotional feelings before? It’s unforgettable. Here is my wine pick of the week.

Ricossa Barolo 2009: (DOCG Barolo, Italy). Dry red, medium ruby color with a tint of garnet. Earthy, fruity notes of wild cherries, blackberry, anise spice, black pepper, black olives, earthen clay and graphite-infused mineral reach the nose with medium intensity. On the palate, the wine displays an initial burst of earthy red cherry and blackberry quickly followed by a mid-palate and developing finish of mineral-flecked earth, black pepper and hints of truffles. Tannins are high, providing plenty of grip on the sides of the mouth and teeth while some bitter but enjoyable flavors of olives and permanent marker creep in. Medium-plus acidity with medium body. With a bit of time to breathe, the wine begins to show nuanced notes of clove, anise seed and a touch of leather. The mid-palate is quick with this Italian red but the blend of bright fruit and earthy spice combine smoothly with a trace of pencil shaving and graphite on the finish. Give this some time to open up as it can taste closed off when first opened. Pair with Italian salamis, Prosciutto or meaty pasta dishes. Very good! $35, 13.5 % ABV

Cheers and thanks for reading!