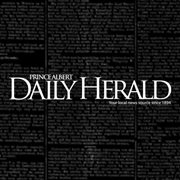 If you know of a local recreation facility that could use an update maybe Kraft Heinz can help.

Kraft Heinz, TSN and RDS launched Project Play 2018 Tuesday, a program that provides an opportunity for a Canadian community to win $250,000 towards recreational facility upgrades.

According to a press release, communities across the country are invited to nominate their local project for the 10th year of the project, whether it be soccer fields, rec centres, basketball courts or playgrounds.

The grand prize winner will receive $250,000 towards a recreational facility upgrade, while three second-prize winners will each receive $25,000.

Last year, Goderich Ontario won, using the prize to upgrade its multi-use recreational park. The project, in total, has awarded $2.6 million to 77 communities across Canada.

“Play brings us together; it encourages a healthier lifestyle, it inspires imagination, it teaches values and most importantly, it builds a sense of community,” said Joanna Milroy marketing director of Kraft Heinz in a press release.

“We’re thrilled to help bring communities together by investing in the places they play and grow up in together.”

James Duthie of TSN is returning as the program ambassador for the fourth year and is joined by Valérie Sardin from RDS. The pair will promote building better places to play with content appearing online at KraftHeinzProjetPlay.com and on both TSN and RDS’s social media accounts.

“It’s a true privilege to return as a Program Ambassador for Kraft Heinz Project Play,” said James Duthie in a press release.

“I love seeing the impact this incredible program has on communities across Canada, and the increased focus it places on local sports and places to play.”