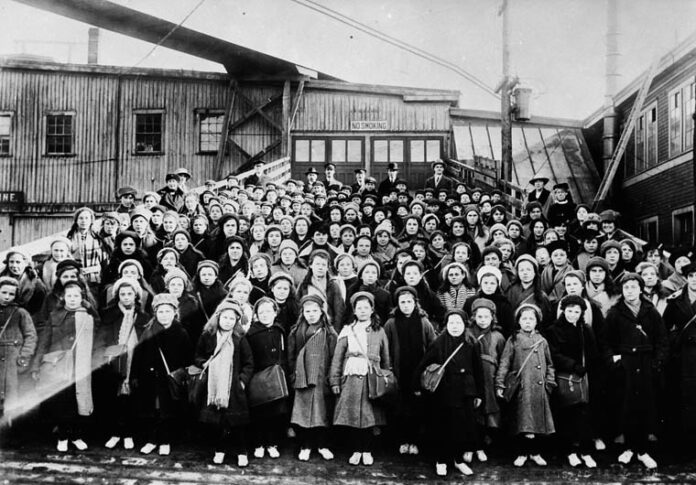 Last week’s column describing the 1947 fire at St. Patrick’s Orphanage got me curious about the history of this institution. As I delved into the research, I discovered that the first children housed at the Prince Albert orphanage were British “home children.” Seventy Catholic youngsters from London and Liverpool ended up in St. Patrick’s Orphanage in Prince Albert between 1901 and 1904. At least half of them spent their entire childhood in the orphanage located on a block between Fifteenth and Thirteenth Streets West. Unfortunately, the institution’s records were destroyed in the fire of 1947, but I did manage to learn a few things. Maybe there are families in Prince Albert who can trace their ancestry back to some of these British (or Irish) Catholic home children.

“Home children.” It’s an obscure term. We were never taught about them in school, but I was surprised to learn that an estimated 4 million Canadians are descendants of British home children. CBC commentator Don Cherry’s maternal grandfather, for example, was one. So was my husband’s paternal grandfather.

Between 1869 and 1939, over 100,000 impoverished children from England were shipped to Canada to work as farm hands or servants. Only about two percent were orphans; their parents were simply too poor to take care of them. They arrived by ship, and were sent on to distributing or receiving homes, “orphanages,” which then sent them on to work for farmers in the area. Some home children were mistreated or abused, and others, it is said, had a better life than if they had remained in the urban slums of London. Many went on to serve in the Canadian and British armed forces during the First World War.

Most of the home children were wards of Protestant organizations like the Barnardo Homes. Catholic “rescue” or “emigration” societies were also established in England in the late 1800s to deal with the tens of thousands of impoverished Catholic children living on the streets of London and dock areas of Liverpool – the result of a massive influx of starving Irish families to England.
In response to this need, the Catholic orphanage was established in Prince Albert in 1900. The priests, Father Brueck (or Bruck,) and Brother Courbis, contacted one of the Catholic English rescue societies. This resulted in the transfer of 70 British children from a home in Ottawa to St. Patrick’s in Prince Albert. The orphanage assumed the responsibility of looking after the children in exchange for $11,000. This money was used to build east and west wing additions to the original building – dormitories and classrooms for the children. To my knowledge, no more home children were sent to Prince Albert after 1904.

With the orphanage’s pre-1947 records gone up in smoke, it is difficult to learn much about the “inmates,” as they were called back in the day. I did some on-line research to see what I could learn about some of the children. A quick check of the 1906 Canada Census shows that, of the original 70 children, 31 were still living in St. Patrick’s Orphanage in Prince Albert. Because many home children fought in the First World War, I also consulted Library and Archives Canada’s searchable database containing soldiers’ personnel records. Here is some of what I discovered:

John Joseph Heffernan, born in 1891, in Woolwich, Kent, England, arrived at St. Patrick’s Orphanage on October 14, 1903. When he enlisted in the Canadian Army at Prince Albert to fight overseas in the First World War, he was 24. Heffernan listed his next of kin as his mother, Mary Ann Heffernan, Littlehampton, England. He and his younger brother, William Patrick (born 1893), may have reunited with their mother, or else he simply knew – or hoped – she was still living in England. He listed his trade as farmer.

Charles Burtenshaw was born in Littlehampton, Sussex, England, in 1891. He was brought to the Prince Albert orphanage in October 1903, and was still residing there in 1906. Burtenshaw enlisted in the Canadian Expeditionary Force shortly after the First World War broke out in 1914. He listed his next of kin as Father Courbis, the priest at St. Patrick’s. His trade was listed as “labourer on surveys.”

John Charles Pitt came to St. Patrick’s Orphanage in October 1903 from Wandsworth, England. Born in 1896, his December 1914 enlistment papers state that his parents were dead, listing his next of kin as a sister still living in England. When he enlisted in Prince Albert, he was working as a farmer.

Thanks to the Bill Smiley Archives for its assistance in the preparation of this column.