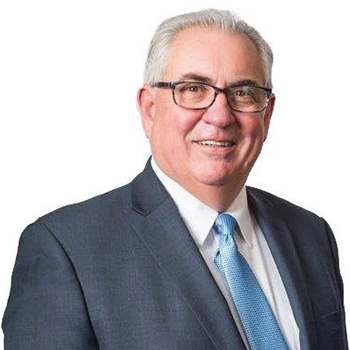 Our province continues to catch the attention of national and international organizations watching Saskatchewan’s growth with great interest. Thanks to the hard work and dedication of our residents, businesses and investors, our economy is moving forward with significant strength.
The Statistics Canada June report shows that Saskatchewan has more people working than ever. Data shows that 22,300 jobs were added to the province over the last year, resulting in a record high of 592,900 jobs. Unemployment fell to 3.9 per cent, the second lowest among the provinces and the lowest since November 2014.
With our continued economic success and opportunity for future sustainable growth, two more major credit rating organizations have taken notice. Moody’s Investor Services has maintained Saskatchewan’s Aa1 credit rating, reflecting a strong financial picture. DBRS Morningstar also confirmed their AA credit rating for the province. In their report, they stated, “the elected government has long demonstrated commitment to a pro-growth agenda, a low and competitive tax regime, balanced budget and low debt.” This is a continuation of S&P Global Ratings who affirmed Saskatchewan’s AA credit rating and stable outlook in June of this year. The credit reports are another endorsement of Saskatchewan’s sound fiscal policy and direction.
Our government recognizes that inflation and the cost of living are top of mind for Saskatchewan families. Recently, we announced school divisions would receive a one-time investment of $20 million to assist with rising fuel and insurance costs for the 2022-23 school year. This boost will allow divisions to address inflationary costs rather than diverting resources from the classroom. With this additional investment, school operating funding will exceed $2 billion for the first time in provincial history.
Health Canada has now approved Moderna’s COVID-19 vaccine for children six months up to five years of age. The news has the Saskatchewan Health Authority working with families interested in the shot. Appointments can be booked online at saskatchewan.ca/COVID19-vaccine or by calling 1-833-Sask-VAX (1-833-727-5829). Clinics are being planned, but due to the amount of vaccine provided to our province, at-risk children are being given priority. Pharmacists cannot provide vaccinations to children younger than five, so pharmacies will not be participating in this phase of the vaccine rollout.
Also, Saskatchewan is expanding coverage for Trikafta, a cystic fibrosis (CF) medication. Starting August 1st, Trikafta will be available to CF patients ages six and older who meet the medical criteria. CF patients or parents/guardians of children with CF who think they may benefit from therapy with Trikafta are encouraged to speak with their physician.
You can nominate someone who has made a significant contribution to society for the Queen Elizabeth II Platinum Jubilee Medal. The award was created to celebrate the 70th anniversary year of Her Majesty Queen Elizabeth II’s Accession to the Throne. The medal is a tangible way for the province of Saskatchewan to honour Her Majesty for her service to Canada. A total of 7,000 medals will be awarded at ceremonies held throughout the province during the Platinum Jubilee year. To find out more, visit Saskatchewan.ca/honoursawards. Nominations are open until October 31, 2022, and you can contact my office for assistance.
If you have any questions about our programs or you need some assistance with government services, please contact my office. We can be reached by phone at 306-922-2828, email us at pacarltonmla@sasktel.net or pop by the office at Bay 4, 406 South Industrial Drive in Prince Albert.

A lesson in humility

PUBLIC EDUCATION IS AT RISK OF BEING USURPED

Basic Income is an affordable and compassionate response to poverty