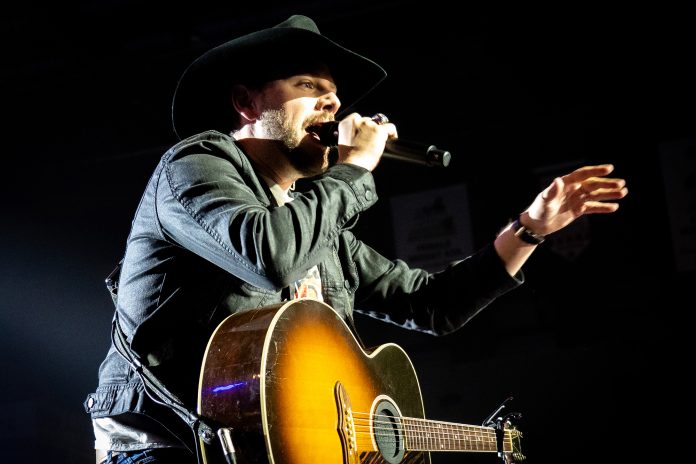 Special to the Herald

On June 3, headliner and Canadian country music sensation Brett Kissel and opening act Jade Eagleson, who is a bonafide superstar in his own right, together put on an energized show in front of an enthusiastic crowd at the Art Hauser Centre in Prince Albert.

From the opening bars of Eagleson’s set to the closing of Kissel’s, it was very apparent that Prince Albert came to party with many abandoning their assigned seats to push as close to the action as possible.

Eagleson, clad in a Raiders jersey, was up first and got toes tapping early and often. His approach was a little more understated compared to Kissel’s but it seemed to endear him to the crowd. Eagleson sang from the heart and left it all on the stage and the audience was appreciative and sang along to the songs they knew.

Kissel took the stage a little later on much to the delight of those in attendance. He was appropriately reverent at the start, recounting stories of his deep connections to P.A. via Fred and Sheila Pelletier, but soon enough was invigorated by the crowd to the point of sheer jubilation.

He also proved to be charming, charismatic and engaging which, considering the fact that he had been on total vocal rest just a week and change prior to this show, was pretty incredible.

“I actually thought, for a while, that I had lost ‘it’. My voice. My ability. Everything. And I genuinely expected that these shows in Saskatchewan were going to be special, sure, but I’d have to limp through them,” recounted Kissel in a brief instagram post after the show.

This, however, was not the case as Kissel’s soulful voice shone throughout and you would never have known that there were ever any issues at all.  Many in attendance were grateful for the opportunity to simply have a night of music, dancing and reverie.

Kissel was no exception as he seemed to be enjoying himself just as much as those in attendance were. Standout songs from the Kissel camp were “Make a Life Not a Living”, “Anthem”, “Ain’t the Same” and, of course, the encore song “She Drives Me Crazy”.

Kissel, with this “SHOWTIME” tour stop, has proven, that he is indeed a rare talent who has the songs, the voice, and the charisma to continue climbing up the ladder and hopefully one day achieve all his hopes and dreams within a very tough modern music business. He’s also shown that he can push through and persevere when times get a little tough as he literally had to move his scheduling around to accommodate his vocal rest.