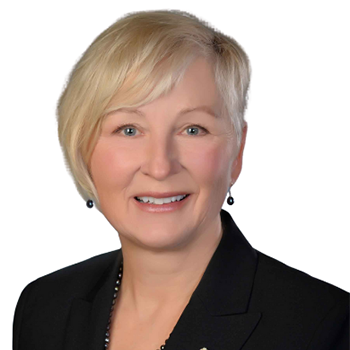 Recently, I raised the issue of vaccination injuries in the house with a delegation of vaccine-injured visitors.
In session, neither Premier Scott Moe or Minister of Rural and Remote Health Everett Hindley would offer to meet with the delegation, as has been the convention during the fourteen years I have been an MLA. Instead, the Minister minimized their injuries, stating that statistically, there are only .004 percent of serious adverse events recorded in Saskatchewan.
However, some members of the delegation, (and many more who have contacted my office), tell me that at first, their doctors acknowledged that their injury is vaccine-related, then backtracked, and will not make the report. This means vaccine injuries are seriously under-reported.
Earlier this fall, I identified statistical discrepancies in the first 10 months of vaccine injury reports compared to the next 11 months.
Those stats show that from Dec 30, 2020 to October 26, 2021, there were 1229 adverse reactions to the injections, of which seven were deaths. (Info obtained through a Freedom of Information request). At that time 1,649,640 injections had been given.
Stats reported by the government as of Sept 18, 2022, was a total of 1320. That means only 91 more adverse effects were reported in the next 11 months during which an additional 920,000 injections were given.
That is a drastic change in ratio. (Also keep in mind that this is over 2.5 million injections for a population of 1.2 million, which more than doubles the risk of adverse reaction per person.)
It is cause to wonder if the criteria for reporting adverse reactions was changed from 2021 to 2022. If so, why and by whom? Or, is it because doctors are not accurately reporting adverse reactions for fear of losing their license or being sanctioned, even though they are legally obligated to make the report?Could this also be why we are seeing medical professionals leave our province or retire early?
Last session, this government created special legislation to protect businesses and organizations from liability for demanding that employees, contractors and students be vaccinated.
HYPERLINK “https://webmail.sasktel.net/” \t “_blank” Today, there are still Saskatchewan employers requiring their employees to either take the still experimental mRNA injections, pay hundreds of dollars a month for testing, or lose their jobs. Even people who have already experienced severe adverse effects are not granted exemptions. This after Pfizer admitted to the European parliament that they never even tested their vaccine to see if it prevented transmission. We now know it does not.
Perhaps the government should create legislation to protect doctors and medical professionals from sanctions for speaking out about the harms they are witnessing, or for making adverse reaction reports. Taking the muzzle off of doctors is a first step that Health Ministers Merriman and Hindley could take to begin rebuilding trust in the Saskatchewan health care system.
It would also go a long way to retain existing health care workers and the new ones being recruited. Government could do more to create incentivized health care seats in our own post-secondary systems, so our own Saskatchewan people can more easily step into those careers.
For reasons that were not disclosed to us, Minister Hindley had a change of heart and DID meet with the delegation after some had already left the building. My hope is that he will realize the information this government is relying on is skewed, and put in place a transparent process where Saskatchewan citizens can easily report their experiences.