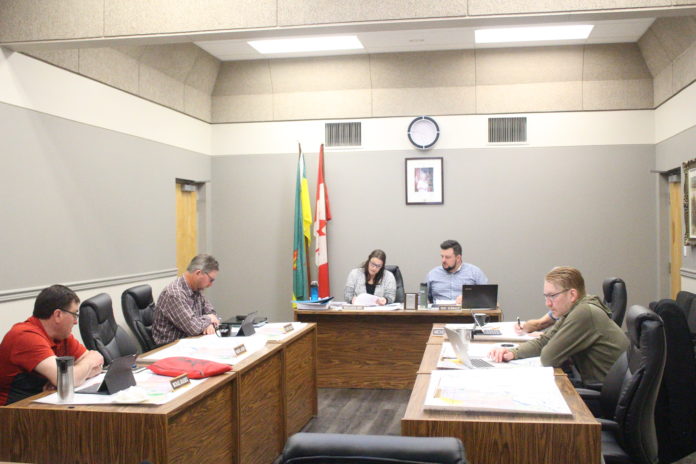 “The blanket approach that the federal government has taken with regard to the Criminal Code and firearms does not compute with what happens out here. It does not allow with what people in the western provinces and territories are experiencing,” Reeve Eric Schmalz of Prince Albert said.

According to the Mayor of Cold Lake Craig Copeland they have received a lot of support from Saskatchewan since sending their letter. In addition to the two local RMs, Redvers Town Council has also backed the call to reverse the weapons ban.

“We sent it out to all of the municipalities in western Canada but the response from Saskatchewan has been great. What we are hearing from the municipalities and the residents that have contacted us or just people across Canada who have reached out to contact us a lot of people are saying that didn’t even know this was out front that the Liberals had brought this forward,” Copeland said.

In a news release on June 26, the city stated that Cold Lake City Council voted to voice its opposition to the federal government’s decision to ban a number of firearms, and the planned buy-back program associated with the ban.

“We didn’t feel that this was going to meet the objective of getting guns out of people’s hands that are doing all of these vicious crimes with these weapons. Well over $400 million was going to be spent on to buy back guns from people — We just felt that this wasn’t going to solve the problem. When you talk to your local detachments that are taking part in these vicious crimes in our area are mostly shotguns and they are not assault rifles. We feel that this is not going to achieve the goal. We are very concerned by what happened in Nova Scotia but we just don’t feel that this the way of going about it,” Copeland explained.

The City of Cold Lake’s resolution was sent to Prime Minister Justin Trudeau and Minister of Public Safety and Emergency Preparedness, Bill Blair, as well as the Attorney General’s Office, the Official Opposition, and provincial representatives. Council’s motion also calls on administration to share the resolution with municipalities in Alberta, Saskatchewan, and Manitoba for their consideration.

Cold Lake Council noted that the money earmarked to purchase the legally obtained firearms could be better put to use funding crime reduction strategies, for economic stimulus, or emergency aid as part of the COVID-19 response.

Copeland explained that their letter is making people aware of the resolutions and follow up letters like the one written by the RM of Prince Albert were common. Cold Lake is also submitting a resolution to the upcoming Federation of Canadian Municipalities meeting in June, 2021. The RM of Prince Albert is contemplating a similar resolution to the Saskatchewan Association of Rural Municipalities (SARM) convention.

“We are going to work on putting that forward as a resolution from the City of Cold Lake and we are expecting that we are going to get some good support especially from rural Canada on this one,” Copeland said.

The RM of Prince Albert passed a motion and is following Cold Lake’s lead. The resolution stated “That the RM of Prince Albert council agrees to lobby the Federal Government to retract the changes made to the Criminal Code of Canada on May 1, 2020 by Order in Council referred to as ‘Regulations amending the Regulations prescribing certain firearms and other weapons and parts of weapons accessories, cartridge, magazines, ammunition and projectiles as prohibited, restricted or non-restricted SOR 2020-99.’ Furthermore the RM of Prince Albert fully supports initiatives that will help put an end to violence, however feels very strongly that this approach by the government of Canada will not only prove to be a feckless waste or resources but will also be unnecessarily punitive to many law abiding individuals and businesses who enjoy and earn a living in the recreation and sporting industries.”

“We tried to put our own stamp on it so it didn’t look like we were all just cutting and pasting from everybody. It should have some verbiage around it that speaks to our feeling and what the RM of Prince Albert wants to convey to the government,” Schmalz said.

No mail-in ballot option for RM of Buckland