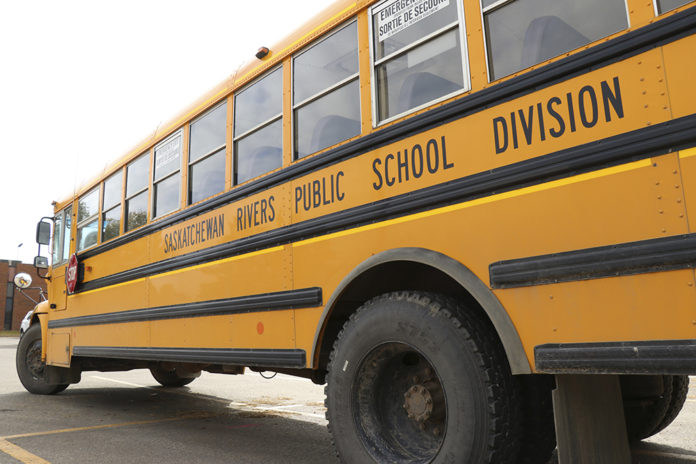 The Saskatchewan Rivers School Division board of education got a fresh look at the transportation accountability report on Monday.

That led to a discussion about the division’s decision to transfer bus transit for urban high school students to the City of Prince Albert, starting in September.

Chief Financial Officer Jerry Pidborochynski delivered an oral report about the division’s transportation situation. Afterwards, talk turned to how the transition would work out.

Director of education Robert Bratvold said that a change of this magnitude can be concerning.

“We have got confidence in the city and their transportation department doing all the work that you need to do to recover from the challenges they have had over the last couple of years,” Bratvold said. “It’s no secret that they are a contract provider that’s having trouble with their buses and that impacts the city’s ability to provide transportation.”

Sask. Rivers will continue to provide transportation services for students in specialized learning centres and the Functional Integrated programs.

Bratvold has met with City officials several times over the past few months, and is confident in the progress they’ve made in getting the City bus line back on track.

“They have done a lot of work,” Bratvold said. “They have got more work to do and I’m sure that they will get things done so we are ready to go.”

Bratvold added that they have had regular discussions about extra bus procurement. He said those discussions were necessary to make sure backups were in place.

It is expected that the transfer of service to City Transit will inevitably increase ridership as well as increase the knowledge and culture of Prince Albert City Transit. A review of the City’s transit system will be done throughout 2022 to ensure the additional ridership can be handled at peak hours.

They have also held meetings with principals from the urban high schools.

“We had a great meeting with the urban high school principals and officials from the city’s transportation department,” Bratvold said. “We had a really good conversation there and we were learning some things on both ends.”

The City and Sask. Rivers School Division have signed an agreement to subsidize the cost of student bus passes. Normally they would be $55/month, but the city will put up half the cost, so the division can sell them to students at a reduced rate of $20/month.

Despite his optimism, Bratvold said it wouldn’t be surprising to see a few bumps during the transition in September.

Bratvold expects to start the process of communicating the changes around the middle of August. The goal is to show students it’s an opportunity to learn how the City bus routes work.

The school division report which caused the discussion shows bus route cancelations increased significantly in 2022. It shows 1,175.5 routes cancelled from the beginning of the school year to June, 2022. That’s an increase over the 914.5 total cancellations the year before.

Illnesses among bus drivers and mechanics, along with bad weather were the primary reasons for the cancellations.

This was the second report since the board requested more depth and greater detail. Each division in Saskatchewan receives this report from the Ministry of Education four times a year to see how the division’s buses, drivers and mechanics are doing.

Rotary Lobsterfest returns to in person for the first time since...

UR Days in Prince Albert shows University of Regina as education...