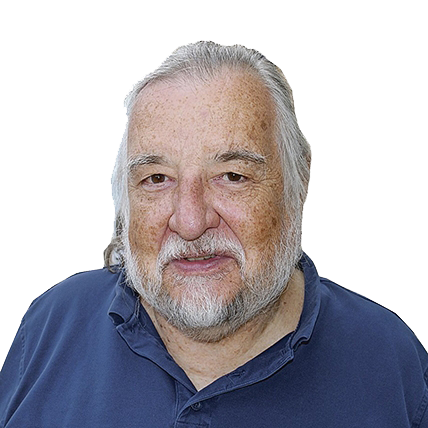 Given my particular age (78) and my propensity to ask my wife what day it is, I am baffled by the path the current Saskatchewan Party is following (or forging) in the Marble Palace. Am I missing something here, or are these events actually occurring?

• We’re in a situation at the moment where hospital waiting rooms are filling up and patient beds are becoming as scarce as those proverbial hen’s teeth. The province is only now starting its campaign to “recruit nurses” – in the Philippines, no less, thus continuing past practices we’ve employed with doctors in raiding the health wellness trained resources of one of the poorer nations on Earth that at least had the foresight to train its own citizens with the meager fiscal resources of their own government, and

• While it will take some time for such persons to both come to Saskatchewan and “acclimatize” to the province, our hospital problems only get worse as we are “hit” with a triple whammy of SEASONAL maladies, flu and RSV (syncytial virus), duly accompanied by yet another strain of Covid-19 sating its appetite upon the very young, and

• Due to our propensity of late to accept online versions of reality versus life in the increasingly crowded corridors of our hospitals, and what with uneducated “helicopter” parents accepting disinformation as to the effectiveness and “dangers” to children in getting the Covid vaccine (not to mention the ones – mumps, measles, rubella, smallpox and polio that we’ve been immunizing our children with for decades), thereby increasing the very young and innocent being exposed to such maladies (which is now being documented as occurring in increasing numbers), and

• Since these illnesses are ALL viruses, antibiotic treatment is useless as a “cure”, yet until yesterday (Friday) most of our pharmacies were without even the basic pain treatment remedies that could alleviate the suffering occurring in our ailing children, including baby Tylenol – which, ironically, was produced as a “safe” product years ago and created through the usage of m-RNA technology, thus,

• We ask: WHAT actions are also being taken by the provincial government to IMMEDIATELY address medical staff shortages?

Please note that we’ve failed at the moment to address a more serious and consequential question, that being, WHY is it that we’re losing so many health care workers in the first place, and why isn’t the government working on a plan to actually RETAIN them?

Saskatchewan Union of Nurses President Tracy Zambory, while acknowledging the ethical dilemma of our recruiting health care workers from Third World nations, knows that her membership would throw massive “Welcome to Your New Home” parties for anyone who chooses to come to Canada under such circumstance if it meant occasional relief from typical 60 hour work weeks and double shifting.

What the membership wants, however, is to have a thoroughly incompetent Minister of Health, Paul Merriman, actually draw up a committee of field advisory staff to go to the “front lines” of this fight and CONSULT with nurses, beginning with committing greater resources towards education and training of more recruits.

Thus, having been given a key strategy for tackling this issue, what does Scott Moe propose to deal with its sensibility? Well, in a statement on Thursday widely reported in the Toronto Sun, then restated on his Twitter account he noted that “The Trudeau Liberals aren’t even hiding it anymore, they are coming for hunting rifles and shotguns.”

As I have intimated in previous columns, the premier’s interests in dealing with issues about which the NDP have more than an ample amount of evidence to point to areas of concern and how to deal with them is literally non-existent. A list similar to what I developed at the start of this column could equally be provided when it comes to the major issues facing provincial educators.

The problem here is that with the extremely contagion rates of the three viruses now causing strain on our health care system, there has to be some manner of “control” exercised in minimizing the potential for distress. The simplest way to deal with that problem is that, at a minimum, at least ask students coming to classes to wear masks. That, of course, would be in turn misrepresented as an enforceable “mandate” (even though a lot of students are already doing just that, especially the younger ones). It would be immediately opposed by the yahoos who support the fringe element of the political spectrum – the Buffalo Party, Maverick Party and the Peoples Party of Canada (not to mention Harper apostle and current Conservative Party leader, Pierre Poilievre) as some mythical violation of their ego-enlarged “freedoms”.

The Sask Party believes such voters are theirs by fiat. Therefore, to avoid being mocked as merely advocating for policies pandering to this collection of misfits, they are seeking “alternative” pathways I refer to as “Chicken Little” to deny the obvious.

The whining about the amendments now occurring with Bill C-21 changes and their reference to assault weaponry are almost comical in that it again reinforces the Sask Party’s fixation with the faux-“manhood” concerns of fighting for a “strong Saskatchewan”. What better manner is there to re-instill the faith in the party’s governing prowess than to be pictured as grasping onto an issue of obvious masculine appeal as the guns used by everyone for hunting or pest control – and pointing their “weaponry” now in the direction of the federal Liberal Party?

Most such policy pronouncements of late promoted by the government have their roots in the reaping of vast rewards caused by the Ukraine – Russia conflict through royalty payments. The party has thus invested much in the creating of the Saskatchewan First Act, its only purpose being to grant further powers to the legislature to stop the federal government from interfering in its exploitation of our non-renewable resources and supposed federal “overreach” – powers it already has under our Constitution.

Police associations have also condemned the setting up of the Saskatchewan Marshals Service, preferring that such monies instead by directed towards expansion of existing law enforcement forces and training specifically designed to handle the types of investigatory services such a force would be expected to perform.

Faux-masculine grasping or the production of non-content in proposed legislation that confirms the existence of a gravitational vacuum in the legislature is only my way of introducing a gallows sense of humour as to the direction in which the Saskatchewan Party wants to move this province. The problem is, given the current unpopularity of Premier Moe and his party and the direction being taken by their policy agenda, one can only wonder if the actual victim of such policies will become a stifling of democratic freedoms and the ability of our citizens to redirect us away from this dangerous creep towards autocracy.

Make New Year’s resolutions that work for you

Working outside this winter

When should you call for help?