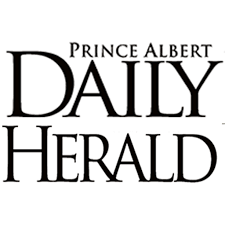 Two years after the pandemic, workers in Saskatchewan are struggling.

A recent Angus Reid survey revealed that a startling 41 per cent of Saskatchewan people were concerned that they could lose their job due to the state of the economy, 51 per cent reported that they were carrying too much debt, and 61 per cent responded that they wouldn’t be able to cover an emergency expense over $1,000.

These are clear signs that our province needs to start taking our provincial economy and job creation seriously. When the pandemic arrived on our doorstep in March of 2020, workers in the province were faced with uncertainty. Jobs disappeared overnight, and many found themselves struggling to make ends meet, even with programs like CERB and other supports from the federal government.

The provincial government relied heavily on these federal programs and failed to invest meaningfully in additional supports for workers in the province. They refused to provide wage top-ups to many front line workers, and left money from the federal government meant to be invested in worker safety unspent.

During the last wave of COVID-19 earlier this year, the government refused to implement additional public health measures, leaving workers ineligible for any additional emergency federal relief funds as businesses reduced their hours or were forced to close due to outbreaks. These are just a few of the many examples of the ways workers have been left behind by our provincial government as the pandemic delivered them blow after blow.

It’s time for the provincial government to take some responsibility for the economic situation in the province. Contrary to what they would like us to believe, not everything is the Prime Minister’s fault. In fact, without federal supports provided over the past two years, it goes without saying that the situation in this province would be much worse. The government needs to stop playing the blame game and come up with a plan to grow our economy and get Saskatchewan people back to work.

The upcoming provincial budget is the perfect opportunity for our government to take action and address these issues head on.  Workers who have been lucky enough to secure employment throughout the pandemic are now finding themselves dealing with high inflation and skyrocketing gas prices that have made it even harder for them to make ends meet.

We need our government to get to work on a plan to create good jobs across all sectors. We need meaningful investments in our public services to create jobs in health care, education, and childcare and early learning.  We also need our government to finally raise our minimum wage to lift low-wage workers out of poverty and give the economy a boost. Nobody in our province should have to work a full time job and have to rely on the food bank to make ends meet, but, when we have the second-lowest minimum wage in the country, that is an unfortunate reality for too many.

Workers in Saskatchewan will be watching the provincial budget carefully, looking for support from their government during these difficult times. A clear plan and investments to create good jobs and boost our economy should be their top priority.

Lori Johb is the President of the Saskatchewan Federation of Labour, representing 100,000 workers from 37 unions in every corner of the province.

What stories are central to our political passion?

Thanksgiving weekend brings food, family, and fun together, but remember to be safe

The bleeding continues for restaurants

Getting more immigrants to run for political office means paving the...