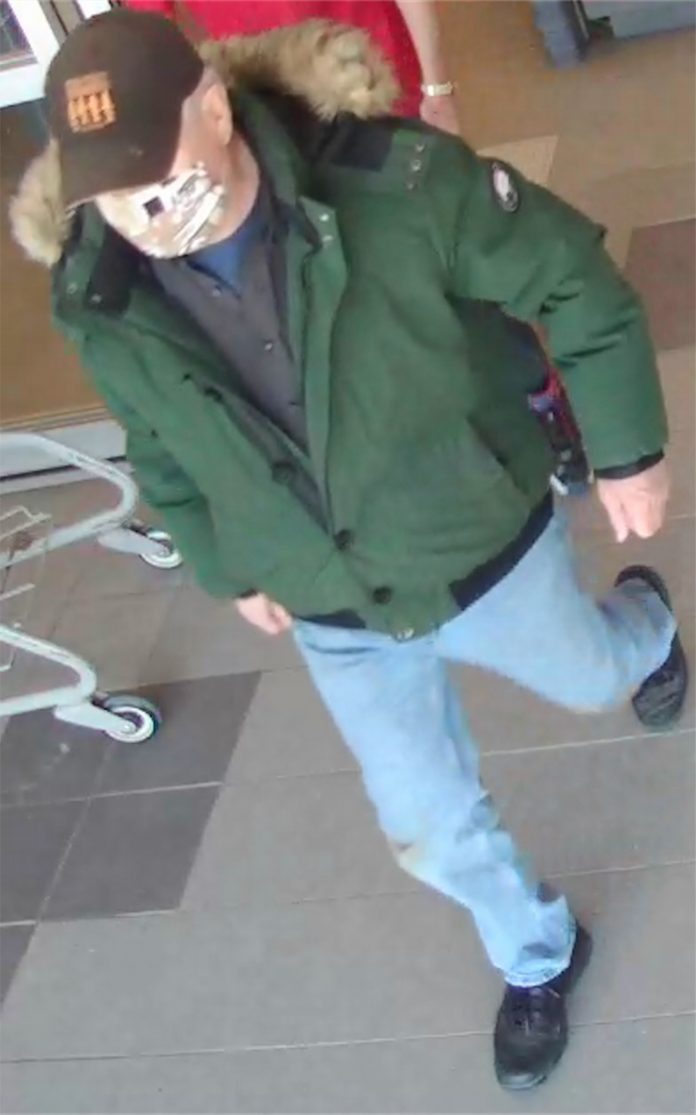 Prince Albert police are asking for the public’s help in finding the suspect who reportedly assaulted a woman for not properly following direction signs inside a store.

Police say the incident occurred just before 2 p.m. on Feb. 1, 2022. The woman told police the man confronted her, accused her of not following the signs, and assaulted her. Police say the man is believed to have punched her in the head several times before staff intervened.

Police stepping up patrols, asking for assistance in effort to curb property crime