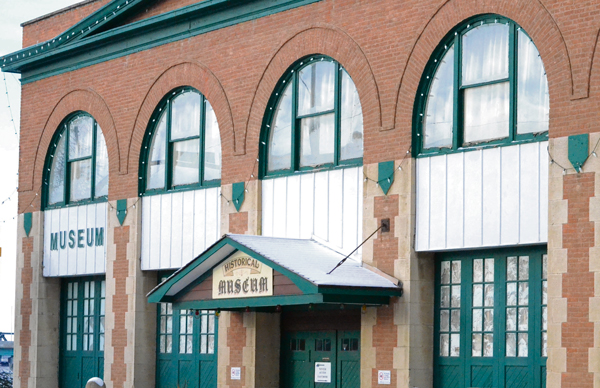 Given the unique manner in which Christmas had to be celebrated this past December, the Prince Albert Historical Society made the decision to provide an opportunity to for the people of Prince Albert and area to submit articles describing their most memorable Christmas.  Ach of the submissions were to be entered into a draw for a prize, and the stories submitted are going to be retained in the Bill Smiley Archives for the enjoyment of future historians.

We were not overwhelmed with submissions, but those which were received were all worthy of retention.  As president of the Society’s Board of Directors, I was asked to draw the winning entry, which I did on the eve of the Epiphany (also known as Ukrainian Christmas Eve).

When I had drawn the winning entrant, I asked to read the author’s submission, and was left with the belief that I could not have done better if I had read and judged the entries based on content.  Here, then, is the entry submitted by six year old Milion Kifley, as told to his adult friend, Morley Harrison:

I remember last Christmas was fun.  There were so many presents.  All my family was there.  There are 10 in my family.

We hung our stockings on the wall, and Santa filled them up with candy.

My best present was two watches.  I liked them both.

It was fun because we had Christmas Crackers that sparked and snapped.

Thank you to Milion for taking the time to submit his favourite Christmas memory.  We certainly appreciate the effort.  We hope that this Christmas was even better than last Christmas, and that his family was able to celebrate it with his new aunt.

Milion and his family will be able to visit the Society’s four museums (the Historical Museum, the John and Olive Diefenbaker National Historic site, the Rotary Museum of Police and Corrections, and the Evolution of Education Museum) with the family pass which he won for submitting his story.  We hope that his new aunt will be able to join them on their visits, and that we will be able to get photographs of them to accompany his submission in the Bill Smiley Archives.