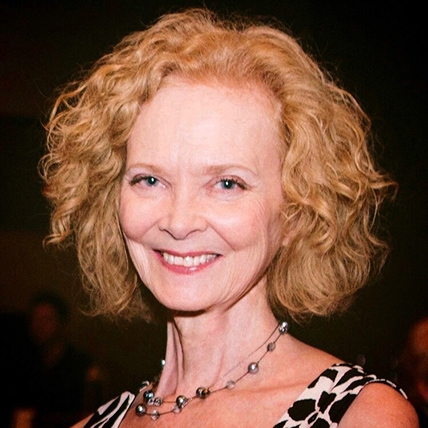 The following is the eighteenth installment in a series about Nan Dorland, a radio star from New York City who struggled to become a writer and a prospector in northern Saskatchewan. Follow at www.nandorland.blogsot.com or on Instagram @discoveringnan.

“In the cold, still May air, the barking of sleigh dogs slowly died away as John struggled to catch Nan’s caribou parka hood before she slipped beneath the ice into the cold, swirling waters.” – Bob Lee’s account of a life-or-death incident told to him by John Albrecht. [Source: Lee’s unpublished manuscript, “A Day in the Wilderness,” 1966. Shared with me by Curtis Lee.]

Beginning in early 1949, Nan (Danke / Dorland) Morenus and John Albrecht spent a year and a half together in northern Saskatchewan, dividing their time between Selwyn Lake and Stony Rapids. They were prospecting partners on the hunt for uranium.

“There’s danger in prospecting,” the unnamed reporter for the Prince Albert Daily Herald had written on March 21, 1950. He went on to relate the story about the close call the couple had experienced the previous spring while mushing their dog team into the heart of Stony Rapids’ treacherous terrain, as told to him by Nan and John.

In May of 1949, Nan and John were on their way to their cabin at the south end of Selwyn Lake near the Saskatchewan-Northwest Territories border. They were anxious to begin a summer of prospecting. The couple took their dogsled out onto the lakes and streams even though ice breakup was nearing. “We were on crusted snow – the most dangerous and hardest to gauge of all ice,” Nan explained to the reporter. Without warning, they found themselves, the dogs and the sled slowly sinking through the ice.

They “swam” ashore – by crawling with a swimming motion over the surface of the slushy snow. “We could hear water gurgling underneath,” Nan said. But the dogs – and the precious supply sled – were stuck 100 feet from safety. According to the Herald’s reporter, John made two trips out over the deep-snow-coated waters to pull the lead dog slowly, inch by inch, to shore.

Bob Lee’s account of the accident, as told to him by John, provides more detail about the incident. John and Nan had left Stony Rapids three weeks before the accident but had spent those three weeks camping on the shores of Black Lake to hunt caribou and fatten up their team of nine part-wolf, part-husky sled dogs. The dogs would have to fend for themselves over the summer and Nan and John would not be taking their dogs with them on their prospecting excursions. (Sled dogs were often left on islands over the summer months.)

The night before they left for Selwyn Lake, Lee writes, John deliberately camped near the mouth of the Chipman River so they could cross the dangerous narrows in the early morning frost, hoping that the ice had thickened overnight. The sled dogs were eager to start after gorging themselves on fat, barren-land caribou. As they approached the narrows, “John tried to keep [the dogs] to the obviously safe ice of the north shore,” Lee continues. “But as they ran almost uncontrolled down the dangerous central part he tried to steer them toward a bridge of older ice that looked safer.” This is where the dogsled, loaded with groceries, tent, rifle, and all the necessities of life in the bush, broke through the ice.

What follows is Bob Lee’s account of the dogsledding accident. It may be embellished.

“The sleigh, on top of which Nan was sitting … slowly broke through the thin ice up to the creels (canvas sides) and half floated in the cold water as the nine dogs whined and swam in their harness.

John, after thirty years in the north, realized at once the grave danger of this setting. He knew at once that his dear wife Nan, himself, his dogs, and his complete outfit could easily slip beneath these waters and would probably never be found.

Nan broke through the ice as she jumped from the top of the load. With lightning speed [John] managed to grab the hood of the caribou parka she was wearing and drag her back upon the sleigh which was still stuck where the load had pushed out the creel. He instructed her to crawl, ever… so… lightly from the sleigh in a trough-like depression filled with water on the weak ice to the timbered shore and their only hope of safety.

When Nan was twenty yards from the sleigh, John also started a nerve-wrenching crawl over the soft, rubber ice, but not towards the shore and safety, but towards his beloved [dog team] leader, Jumbo. ‘Jumbo, come Jumbo,’ could be heard above the sounds of Nan trying to break off a dry, 40-foot tamarack that stood dead and dark against the forest. Jumbo whined in the harness and fought his way through broken ice towards his master.

John slipped his fingers under Jumbo’s collar as soon as his head appeared over the edge of the ice and pulled the leader and himself towards the shore. Nan cried, ‘Grab this pole!’ after John had only gone a few yards. Soon, Nan was pulling John, Jumbo and the other dogs, sleigh and provisions over the soft ice to the comforts of a pail of tea by a riverside fire. Yes, just one day in the wilderness.” Hmmm… I am Nan’s biggest fan, but I have trouble believing that, after she fell into the freezing water, she was able to crawl to shore, cut down a tamarack, start a fire, make tea, and pull hundreds of pounds of man, dogs, sled, and provisions to safety with the tamarack pole! I am sure there is truth to at least part of the story. What do you think?