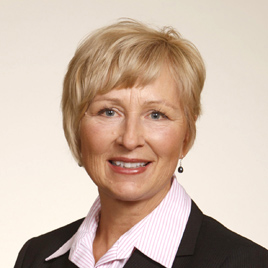 We are at a point in history where citizens of the world will need to tell government AND business what boundaries they want regarding digitalization of their identity. A great deal of our Identification is already digitized, however, it is not yet linked to a central database.

Anyone paying attention will notice more and more articles and videos being published about Digital ID. They generally don’t talk about if, but when, using glowing terms about the benefits. This is essentially a drip campaign of information that normalizes Digital ID for society. There are even videos, citing convenience, which show and promote the use of chip implants in Sweden.

Banks and major corporations have already indicated, through partnerships and vision statements, that they are on board with creating national and global databases. These intentions are not a secret.

Interestingly, in 2018, the Canadian Security Intelligence Service (CSIS) posted a document called “Big data and the social credit system: The security consequences”. It references the 2017 Action Plan by the Chinese Communist Party (CCP) to “harness modern technology as a means to automate its processes for consolidating and expanding power” and states “One part of the CCP’s social governance process is the nascent social credit system, which relies on technology to coerce and co-opt individuals to participate in their own management.

The CSIS report also warned, “As the social credit system develops and as participation extends, firms participating in joint ventures with Chinese companies, companies doing business in the PRC or individuals living in or working with Chinese entities, may be required or compelled to participate in the system.” (Emphasis mine.)

Jump ahead to November 2021, the Canadian Trade Commissioner Service posted a ‘how-to prepare’ document, offering businesses assistance on how to comply with the Chinese Corporate Social Credit System.

It is not a big leap to realize that if Canadian business builds this into its framework for China, it becomes extremely easy for government to extend it to its’ own citizens.

Recently, people across Canada have discovered that the provinces have also been moving ahead to participate in frameworks that would link an individuals’ digital information on national and international scales.

When I asked about a Digital ID Request For Proposal (RFP) in the house on March 24th, 2022, SaskBuilds Minister Reiter stated that “Sask Service Connect was in some very preliminary work…in an effort to improve quality of life and access to government programs for all citizens of the province.”

The minister went on to say the intent is to address “concerns about timelines like waiting on hold on the phone, lineups at an office.” He also stated that the RFP has not been awarded and that, “if we do decide to proceed with this, we’ll be extremely cautious to make sure that citizens’ privacy is protected.”

Our recent experience with vaccine passports proved that the government has no qualms about weaponizing a digital database. Many people experienced segregation, job loss, exclusion from educational and health facilities and travel restrictions.

Additionally, some business owners in small towns, encountered the ridiculous requirement to ‘card’ the same customers multiple times a day. I am also aware of circumstances where the E-Health database system is so rigid, that people whose name didn’t exactly match the database, could not be issued the vaxpass even if they wanted it.

On Thursday, March 31st, the Regina Leader-Post reported that, “Saskatchewan is pausing the process to bring a new digital ID into the province after saying it’s heard concerns from residents.”

The so-called Digital ID roadmap is something that absolutely requires the consent of the people. If this government is truly listening to the people of Saskatchewan, it will already realize that they are just fine with traditional forms of ID.

Prepared for an Emergency

Can we finally give sharp words a rest?

Light at the end of the food inflation tunnel?

The road to hell is paved with green intentions