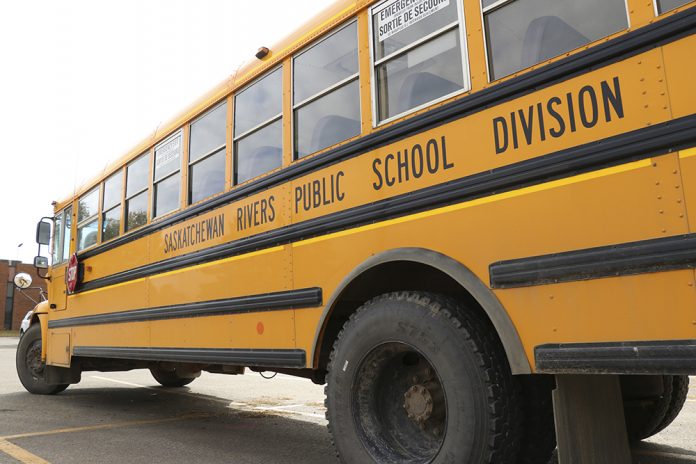 I haven’t always thought very much at all about childcare.

That means that when the schools shut down this week, for the first time, I was acutely aware of the effect on parents.

I started talking, not just to my close friends, but to my coworkers, about their worries, and what they see.

It became abundantly clear to me that just telling parents to make other arrangements isn’t good enough.

That became clear to me when I talked to some local daycare workers. They only had a handful of kids that day. Others, they said, were staying with their grandparents.

Kids, while less likely to face serious health risks, can catch and spread COVID-19. Parents have been told to avoid play dates and medical health offices have recommended closing schools and daycares in other jurisdictions.

The best form of prevention is good hygiene. Kids, who are less careful about washing their hands, coughing into their sleeve or not putting foreign substances in their mouths, were staying with their grandparents, who, as we know, are at higher risk of complications from illnesses, including COVID-19.

The premier has implied that shutting down daycares in the province isn’t a matter of if, but when. The province has told parents to be ready.

There might be a lot more sick kids staying with their grandparents.

But that’s just the lucky ones. Many kids don’t have — and have never had — that option.

For so many kids, school, and child care, are the only parts of their day that are safe, that are normal.

Those lucky few who have childcare are going to lose that safe space too.

Another thing I heard second-hand from daycare workers — some of those kids don’t want to go home at the end of the day. They ask the daycare workers if they can go to their home instead.

When the daycares shut down, those kids will have nowhere to go, either.

On Thursday, NDP leader Ryan Meili held a press conference. He called it to discuss the future for the province’s daycares. He had received information that daycares without kids were told they couldn’t close or they would risk losing their funding. He had also learned that the province was potentially going to order daycares to close, but some to re-open to care for kids of health care workers.

He called for a different solution, one that would see out-of-work child care providers, teachers and medical students offer childcare for smaller groups of kids, properly screened of course for safety, and supports for out-of-work childcare centres so they would still be viable when they reopen after the pandemic runs its course.

I asked three questions during the press conference, but I still had some issues I wanted to dig into further.

I put a media request in and, Thursday evening, Meili gave me a call.

I asked about supports for kids who don’t have stable home lives, or for those who live in poverty.

I also asked what would be in place under Meili’s proposal, for parents who work retail jobs that still remain open, or for corrections officers and other staff who are unable to work from home.

“They’re very valid points,” Meili said to me as I asked if he’d seen the email.

“Other places have done this. We’re the only province with a state of emergency that hasn’t closed the daycares. Clearly, there are ways to do it, but I worry about how it will be done, too.”

He agreed with me that some kids will be put at risk.

“Kids that that’s their normal time of day that’s the time that things are healthy and good, it’s absolutely true.”

Meili, though, said places like daycares can’t continue to be open because they’re creating a greater risk of infection.

“We’re going to lose a lot of lives in this province anyway. We need to diminish everything we possibly can through social distancing. I think there are creative ways to get around this, but we can’t make that happen overnight.”

The problem is, so far, things have happened overnight.

Schools were announced closed. The City of Prince Albert closed its facilities just hours after announcing the measure.

While it appeared Thursday that daycares might not close, the uncertainty and confusion certainly isn’t helping right now.

After schools were announced to close, a committee was announced to find ways to continue education through distance learning and other resources.

Its findings are expected sometime soon. When? We don’t know. I asked in that press conference if vulnerable students would be considered.

I was assured they would be. There were no details as to how.

But the schools are now closed. The kids have gone home.

If they’re lacking that support at home, what logical sense does it make that they’ll suddenly have access to whatever it is the province is proposing?

The very real fear is that the same thing will happen with daycares.

For some, closing the schools outright was the worst decision that should have been made. The solution that many are looking for — Meili included — some have argued could have been achieved IN schools.

A sudden influx of staff and supports could have been added to keep kids separated, but still learning, and still safe.

You wouldn’t have parents across the province now wondering what to do with their children.

Lots of good initiatives have popped up, but lots of parents are stuck with social media and Google as their only guide, all while wondering where their next paycheck will come from.

The federal government has announced a bailout. But not all of it is available right away. People are asking, “Now what?”

I posed a version of this question to Meili.

“Are you concerned daycares are going to shut down without any supports in place or people who still need them?” I asked.

“I am concerned … that it isn’t being planned out. I hope I’m mistaken, but I’m concerned it will be like the schools where they have a couple of days of warning, but what happens tomorrow for the people who are still in the same situation they were Monday where they still have to go to work because they work in essential services and have nowhere to keep their kids. That’s why I’m really calling on the government to step on the gas and create a system that is safe.”

While I agree on the highest level, I’m not convinced Meil’s plan of matching people with needs with teachers, early childcare workers, retired teachers and volunteers who would watch children is entirely practical, or that it would inspire trust in parents who need somewhere reliable to leave their kids.

I’m not convinced either that it would even be enough. In cities like Prince Albert, with so many who still have to work, whether that’s because they work in retail or corrections or health care, or because they can’t afford not to, I don’t think that capacity is there.

I don’t think these problems are limited to Prince Albert. One in four Saskatchewan children live in poverty. I’m not convinced Meili’s proposals or the lack of one from the government will reach those 26.2 per cent of children in this province.

What I am convinced of is that we’ve moved so fast that we’ve left the most vulnerable behind.

The people who use the library not just as a place to check out books, but for its programming and as somewhere safe and warm to stay.

The people who go to drop-in art programs, or who see galleries and city facilities as the only places they’re safe and can express themselves.

The children who now have nowhere safe and stable, no way to eat breakfast, no way to learn. The ones most at risk are now left behind.

I don’t know what the solution is.

But I’m severely concerned that a lack of planning and a lack of communication has already begun to create a second wave of victims.

The most concerning thing is, so far, I seem to be the only one asking these questions.

There are a lot of stories, and only so many journalists, but I haven’t heard these questions asked elsewhere. I haven’t seen these stories be written.

I haven’t seen anyone, from government or opposition, stop to ask what the consequences are to those most at risk.

And when we’re talking about a pandemic, a virus that’s the most deadly to those with underlying health conditions, I think that’s a huge mistake. Those are the people who we’ve left behind.

That’s why I’m asking these questions. Someone has to. I hope dearly that people in charge, government and opposition, stand up and listen.

Everything so far seems to assume a stable family unit. For too many, that’s not the case.

We need to ask these questions.

We need something in place, now.

We need to make sure that in our rush to contain this virus, we’re not leaving our most vulnerable behind.