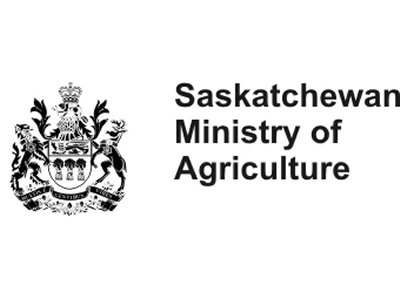 Heavy localized rainfall resulted in occasions of flooding and water pooling in low areas of some fields across the province. With the rain came extremely strong winds in some regions as well, resulting in damage to or loss of bins, buildings and crops. Areas of the province that only saw wind and no rain are becoming concerned about dry conditions.

North-east of Old Wives Lake saw the largest localized rain shower, resulting in approximately 208 mm over the course of a few hours, causing road wash outs, flooding, filling of sloughs and dugouts and some crop damage. Other areas that saw large amounts of rainfall this week include Big Beaver with 127 mm, Frobisher with 111 mm and Moosomin with 110 mm. The south-east received the most rainfall over the week but rain was general throughout all regions of the province.

There were reports of localized flooding in areas that received a lot of rainfall in a short amount of time. Winds have also delayed many producers from being able to spray, but they have been busy spraying for weeds and insects as wind conditions and crop stages allow.

Crop conditions across the province mostly range from fair to good. With the recent rains, producers are hopeful that conditions will improve.

In general, emergence of earlier seeded crops is good, but the lack of moisture and wind in some fields has reduced germination of canola and has resulted in spotty emergence. Areas where germination was very poor might be reseeded if conditions allow, now that soil moisture is ample.

Certain parts of the province that did not see much rainfall last week saw damage from dry soil conditions. Other damage that was reported this week was from flea beetles, gophers and some first signs of seedling diseases.

The region received steady rainfall that was able to soak in well without causing too much run off or pooling in fields. This rain and the wind that came with it prevented producers from spraying but they are ready continue once conditions allow for it.

The majority of crop damage this week was due to wind, heat and pests such as flea beetles and gophers.

Some areas of the region reported enough rainfall to allow for runoff to occur, while others indicated what they received was hardly enough to counter the wind and heat during the week. Most fields have been sprayed at least once but those looking to apply a second pass are being delayed by the wind. Re-seeding of canola that was damaged by flea beetle is now complete in many parts of the region.

Areas around Vonda and Melfort received the highest amount of rain in the region this week with 40 mm. The Hudson Bay area received 38 mm, the Birch Hills area 34 mm, the Prince Albert and Spruce Home areas 30 mm and the Nipawin area 22 mm.

The crops, as well as hay land and pasture, are doing well for growth and development in most areas of the region. Some canola fields that have been hit hard by flea beetles were the exception.

The majority of crop damage this week was due to wind, heat and flea beetles. Producers are currently assessing the damage that was caused by the strong winds that occurred in certain areas of the region.