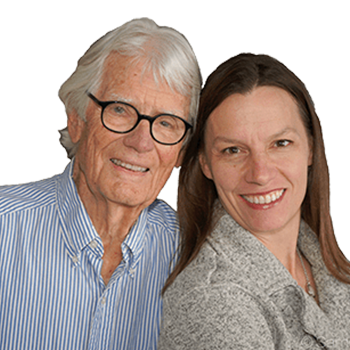 John Travolta and Olivia Newton-John sang about romance in “Summer Nights”, the opening song in the hit movie, Grease. But now, at 68, he, more so than she, may want to watch out for a different kind of summer heat. New research shows that warm summer nights increase the risk of heart-related death among men in their 60s.

Replicating research results helps validate findings, and so a similar analysis was undertaken in a county within Washington State in the U.S. Here too, an increase of one degree in nighttime temperature resulted in a 4.8% increase in risk of heart-related death among men ages 60 to 64 years, although not older men above 65 years.

The research findings are concerning because they show an increase over recent years in the incidence of cardiovascular-related death occurring at nighttime rather than during daytime summer temperatures.

The details behind the study tell an interesting story. Why even think to study nighttime heat in mid-latitude settings? Is it not the soaring daytime heat shocks in places known for scorching sun that deserve attention?

Haris Majeed, a PhD student with the Institute of Medical Science, Temerty Faculty of Medicine, at the University of Toronto, is the study’s lead researcher. His motivation was both academic and personal. As an early-career academic, he was poring through his textbook readings when he noted that although heart attacks occur at any time of day, most take place in the early morning hours while people are still in bed. Over the course of the year, the warmest months of June and July contain the highest rates of death from cardiovascular disease.

Majeed looked at places like Wales and Washington State because these places have strong seasonality. In effect, people in these places need to cope both with cold winters and hot summers. In these regions, too, many residents may not have air conditioning.

Why would men face a higher risk of heart attack with an increase in nighttime temperatures, and not women? Majeed speculates it might be due to men being more exposed to daytime heat, sweating more, and becoming dehydrated. This can lead to lower blood volume and increase the risk of blood clotting.

On the personal side, Majeed’s father recently underwent a bypass surgery and remains at high risk for health trouble when air temperatures go up. Contributing to the body of science that will help his father is a motivator like little else.

Majeed will need to do more work to test his theories.

In the meantime, as the northern hemisphere heads into the summer season, it would be prudent for people with cardiovascular concerns to take simple precautions. Keep well hydrated. Stay out of the sun during the hottest part of the day. Cool down with a quick cold shower before bed. And use a fan during the night when the heat is oppressive.

Going to sleep on a hot summer’s night should not be the most dangerous thing one does. But this research is highlighting two firm facts. One, cardiovascular disease is continuing to hold its place as a major killer. And two, air temperatures matter to human health.

Is Virtual Healthcare the New Normal?

Building Up Bones for a Lifetime