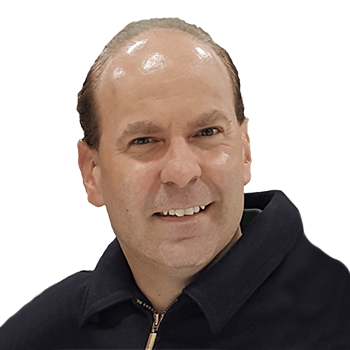 Do you remember December of 2020 when the Prince Albert Raiders faithful wondered when the team would take the ice again?

Back during that time, restrictions and public health orders were out in big force as the world battled being in the grips of the coronavirus (COVID-19) pandemic. Players from all WHL teams were sitting at home training and uncertain of when they would hit the ice. In Canada, almost all sports leagues had pretty much been shutdown.

Skip forward to the current day. The Raiders just completed a full 68 game WHL regular season with a playoff appearance.

The last time it was possible for that to happen was the 2018-19 campaign, when the Raiders won the WHL championship. The COVID-19 pandemic threw many wrenches into the 2019-20 and 2020-21 seasons.

In 2021-22, the Raiders were in a transitional reload type of phase and still created some good memories.

They managed to get into the WHL playoffs posting a 28-35-4-1 record to finish eighth overall in the Eastern Conference and capture the conference’s final playoff berth.

The Raiders proceeded to meet the Winnipeg Ice in a best-of-seven first round series. Prince Albert faced a daunting task as Winnipeg finished first overall in the WHL with a 53-10-3-2 record and were rated second in the final CHL Top 10 rankings.

The Ice took the series 4-1 with the Raiders posting their only win in Game 4 by a 3-1 final before an appreciative crowd of 2,568 at the Art Hauser Centre. While the Raiders battled hard, the Ice showed they are a skilled and deep powerhouse posting romps of 10-1 in Game 3 and 8-2 in Game 5.

Winnipeg is where Prince Albert was in the 2018-19 campaign.

Going back to the start of 2021-22, one of the first highlight moments for the Raiders was just being able to open the regular season at home against the Regina Pats on October 1, 2021. Before that contest came round, the last Raiders regular season home game was March 6, 2020, when the Raiders dropped a 3-2 decision in overtime to the Brandon Wheat Kings.

In the Oct. 1, 2021 clash with the Pats, 2,578 spectators packed into the Hauser and a feel good vibe existed regarding how great it was to see the Raiders play a game live again. Unfortunately for the Raiders faithful, Pats 16-year-old phenom centre Connor Bedard was opportunistic scoring a pair of goals in a 3-1 win for the visitors.

While it was great to see the Raiders play again, the excitement was tempered, because it felt like the Raiders were in a spot where they were a long ways away from being a playoff team. It was obvious that the Raiders needed to improve a lot in their team play and get contributions offensively throughout their roster in order to win games.

The first big highlight win for the Raiders faithful came on November 5, 2021 with a 5-1 triumph over the archrival Saskatoon Blades. It seemed like fans were waiting on the edge of their seats in that contest for the traditional playing of The Guess Who’s “Runnin’ Back to Saskatoon” as the victory anthem any time a hockey team from P.A. beats a foe from Saskatoon.

On February 23, a 1-0 win over the Hitmen in Calgary provided two highlight points. In that contest, Raiders bench boss Marc Habscheid picked up his 573rd career regular season head coaching win to sit alone in fifth place on the WHL’s career wins list.

Vitelli and defenceman Remy Aquilon gave fond farewells as overagers. Vitelli led the Raiders in scoring with 51 points coming on 25 goals and 26 assists. All those offensive totals were career highs.

Aquilon played in all the Raiders 68 regular season games collecting three goals and 24 assists for 27 points for career highs in all those departments.

Speedy winger Evan Herman had a breakout year topping the Raiders with 28 goals to go along with 19 assists. Nolan Allan was a pillar on defence recording seven goals, 34 assists and a minus-four rating in the plus-minus department in 65 regular season games playing constantly against the best lines the opposition has.

Landon Kosior cemented himself as an offensive-defenceman posting 18 goals and 27 assists skating in all the Raiders 68 regular season games.

Wiesblatt, who is the team’s star right-winger, was limited to 43 regular season appearances due to injury but provided a steady hand posting 10 goals and 31 assists. He returned for the Raiders last three post-season games and provided a boost for the club.

Arguably, the Raiders top highlight came when they faced must-win situations in their final two regular season contests and pulled out victories on both occasions. Those wins pushed the Raiders into the playoffs and showed how much the team improved since dropping their regular season opener to the Pats.

The Raiders have pieces in place going forward into next season. Now that world events on the pandemic front appear to have settled down, Raiders general manager Curtis Hunt should be able to focus more on building a roster to challenge for a championship as opposed to dealing with unforeseen hurdles that needed to be jumped just to play games again.

Part hurdles include almost all teams in the WHL being shutdown over the first two weeks of January due to positive COVID-19 tests.

Hunt will likely face some extra work dealing with the living situations for Chaika and import rookie left-winger Vladislav Shilo, who are both from Belarus and will both be 19-year-olds next season. Due to the war in Ukraine, WHL clubs in Canada are working with Government of Canada officials to help Belarusian and Russian players currently on team rosters to remain in the country for a longer term. The WHL’s five teams in the United States didn’t have any players on their rosters from Belarus or Russia this past season.

In 2021-22, the Raiders got to play a campaign that more resembled those that came before the COVID-19 pandemic gripped the world.
Figures are crossed that future seasons can more revolve around normal hockey talk as opposed to outside and unforeseen world events changing things.

Darren Steinke is a Saskatoon-based freelance sportswriter and photographer with more than 20 years of experience covering the WHL. He blogs frequently at stankssermon.blogspot.com.

Truitt natural fit for Raiders as WHL history repeats itself

If the Prince Albert Raiders don’t win their next game, their playoff hopes will be dashed for 2022.

Emergence of Kosior important for Raiders in reload

Raiders got offer they couldn’t refuse in Guhle trade

Great Raiders memories live on despite nixing of logo