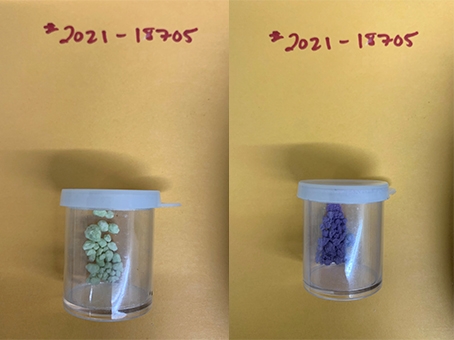 The Prince Albert Police Service is warning the public about the dangers of fentanyl after finding seven grams in a recent search.

In a press release issued Wednesday afternoon, the police said that a pair of searches conducted by the Integrated Crime Reduction Team and the Street Enforcement Team resulted in the seizure of meth, morphine, fentanyl, drug packaging materials and several weapons.

Police say that they charged two men, Brandon Couillonneur and Jefferson Jobb, on May 28. They allegedly found 42 grams of meth, morphine pills and a taser. Couillonneur, 26, is charged with possession for the purpose of trafficking. Jobb, 30, is charged with weapons offences, possession of a controlled substance and breaching a court order.

Anyone charged with a crime is presumed innocent until proven otherwise in a court of law.

“Police would like to warn the public that Fentanyl is so powerful that even a small amount can cause severe illness or death. Just a few grains of this substance can be fatal,” PAPS said in a press release.

“Purchasing drugs from a street dealer carries a higher risk of injury or death, as the user cannot be sure of the quality of the product, or whether any toxic substances have been added. Drugs or medications should only be taken as prescribed by a medical practitioner. The police service is advising the public not to consume illegal street drugs.”

They went on to say that anyone witnessing an overdose should call 911 immediately and remain at the scene. Under the Good Samaritan Overdose Act, anyone can report an overdose without being charged with a crime for having or using drugs. Police also encouraged people who use drugs or know someone who does to pick up a take-home naloxone kit.