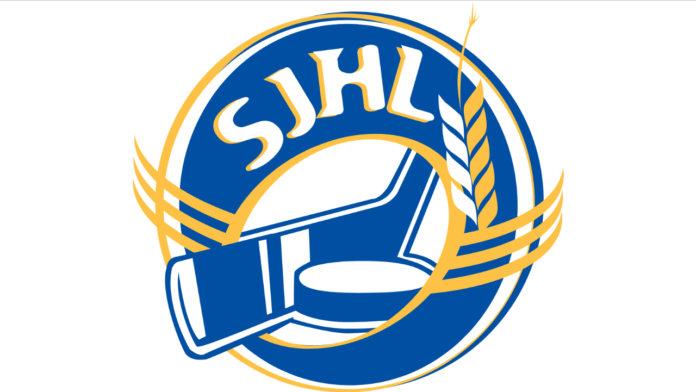 The Melfort Mustangs and Nipawin Hawks renewed their rivalry with a split of a home and home series on Oct. 1 and Oct. 2, meanwhile the Flin Flon Bombers swept a pair of games from the La Ronge Ice Wolves in another regional rivalry series last weekend.

The Mustangs handed the Hawks their first loss of the season with a 4-2 win at the Northern Lights Palace on Saturday, Oct. 2,

Melfort led 2-1 after the first period and 3-2 after the second period.

Phil Laberge and Dawson Brace responded for the Hawks.

Joel Favreau made 21 saves for the Mustangs; Chase Hamm had a 20 save performance for Nipawin.

The Hawks opened the home-and-home with a 3-2 shootout win at the Centennial Arena in Nipawin on Friday, Oct. 1.

Andrew Schaab and Carson Dobson scored in the three round shootout for the Hawks. Marco Lopez scored a shootout goal for the Mustangs.

The Hawks led 1-0 after the first period and the game was tied 1-1 after the second period.

Former Mustang Christian Albertson had a pair of goals for the Hawks in regulation.

Damon Byers and Seth McCuloch responded in regulation for the Mustangs.

Steven Bacovsky made 11 saves in a losing cause for the Mustangs; Dylan Lacroix made 36 saves to pick up the win for the Hawks.

The Ice Wolves lost the second game of a home-and-home with the Flin Flon Bombers 6-4 in La Ronge on Saturday, Oct. 2.

The game was tied 1-1 after the first period and Flin Flon led 4-1 after the second period.

Jaxson Taupert made 38 saves in a loss for the Ice Wolves; Prince Albert Raiders’ prospect Max Hildebrand made 23 saves for the win for Flin Flon.
The Bombers opened the home and home with a 7-4 win in Flin Flon on Friday, Oct. 1.

The game was tied 1-1 after the first period and Flin Flon led 4-2 after the second period.

The Mustangs traveled to Yorkton and defeated the Terriers 5-3 on Tuesday, Sept. 28.

The Terriers led 1-0 after the first period and the game was tied 2-2 after the second period.

Joel Favreau made 28 saves to pick up the win for Melfort. Jacob Herman made 21 saves in a losing cause for Yorkton.

The Hawks traveled to the Whitney Forum and defeated the Flin Flon Bombers 4-1 on Tuesday, Sept. 28.

Chase Hamm made 30 saves for the win for Nipawin; Cal Schell made 28 saves in a losing cause for Flin Flon.

The Ice Wolves traveled to North Battleford and defeated the North Stars 8-3 on Thursday, Sept. 30.

The Ice Wolves led 2-1 after the first period and the game was tied 3-3 after the second period.

Dawson Smith made 36 saves for the Ice Wolves; Cameron Beson made 34 saves in just over 46 minutes of action for the North Stars, he was relieved by Ulrik Roussel who made 18 saves.

For results from the Showcase see the Thursday, Oct. 14 edition of the Rural Roots.

When the regular schedule resumes the Ice Wolves are in Melfort to open a home and home with the Mustangs on Friday, Oct. 8. The two teams conclude the series on Saturday, Oct. 9 in La Ronge.