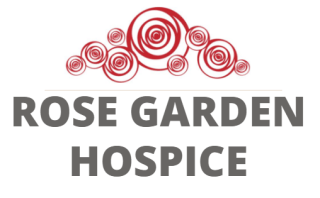 The Rose Garden Hospice made their case to a receptive city council audience Monday arguing for a reduction or removal of some city fees.

The hospice is breaking ground on construction this year, despite its fundraising campaign falling short of its desired goal. The hospice association said that they were at risk of losing their operational funding and locked-in contractor prices if they didn’t break ground soon.

While their development permit application has been approved, the hospice is now appealing to the city for forgiveness on some fees. Forgiving fees would allow the hospice to save money on its building costs and direct more to the actual construction of the ten-bed facility.

Speaking in front of Council Monday, Victoria Elliot-Erickson, one of the project’s original members presented an argument as to why the project is worth supporting, and why the city fees could be seen as disproportionate to the project.

Servicing the property only required minimal surface disruption, they said, as no pavement had to be dug up. Then there’s the development levy. Prince Albert calculates it by property size, not use. The hospice would be on the hook for $430,000 in a development levy — which covers future upgrades to city amenities, not current charges.

“Our guests will not be able to make use of future upgrades,” Elliot-Erickson said.

The hospice association said development levy would make sense if they were a typical development subdividing the land into smaller units for sale. But with only ten beds on the sprawling site, the levy equates to $43,000 per unit — each of which will be used for an average of 11 days per visit.

The hospice is designed to provide comfortable, caring end-of-life care in a home-like setting. It’s expected to free up 10 acute care beds when it opens and provide palliative services to about 300 families per year.

“My (of those families) will require accommodation and meals, and will use other amendments of the city,” Elliot-Erickson said.

She added that the association has received support in the form of legal, accounting, engineering and architectural services provided in kind, discounted or pro bono. They’ve also received discounts on sub-trades and some of the building materials. Now, they want help from the city. They proposed donating some of their empty land for use as a city park, an initiative supported by neighbouring properties.

“At some time, in some way, we must all face the end of life,” Elliot-Erickson said.

“Most of us share a common hope that when death comes to us, it will be peaceful and free of pain. We hope to face death surrounded by those we love, feeling safe, comfortable and cared for. With this vision, we’ve had tremendous support from the community.”

Most councillors seemed receptive to the hospice association’s request. Some asked what funding will look like going forward.

Elliot-Erickson said the hospice will likely set up a foundation board to supplement operational costs and provide contingency funds for capital replacement. The majority of operational funding will come from the province through the Saskatchewan Health Authority. The initial promise is for two years, but is expected to be ongoing funding.

The other questions had to do with zoning and property taxes. Elliot-Erickson said hospices are built to higher standards than long-term care homes, and are regulated federally as medical facilities.

She added that many other cities are interested in building hospices of their own, and are looking to Prince Albert as a template. Moose jaw and Lloydminster, she said, are both looking at building standalone facilities.

Council forwarded the request to the planning and development department for a report. Once that report is received and recommendations put forward, council will vote on whether to waive the hospice fees.