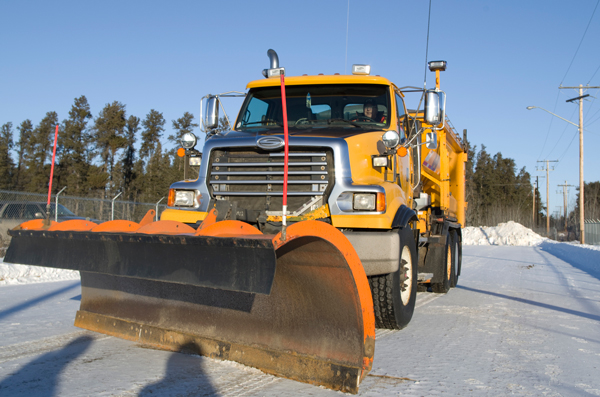 Mayor Greg Dionne brought up the issue, saying there have been at least two recent accidents caused by drivers not being able to see traffic.

“We had another accident on one of those  intersections and what was the problem? They could not see. We need to act swiftly on this,” said Dionne.

“We cannot, when we do snow removal, cause blind corners for our citizens. We don’t allow people to build fences or grow hedges so if we do it instead of doing snow lifts we should tackle this problem right away.”

He said another accident happened near the RCMP detachment, also caused by a lack of ability to see over snow piles.

Dionne proposed that the City lift snow that it has piled and that businesses and private landowners also be told to deal with piles on their property.

“As a city we have to correct the ones we have done and do it quickly and at the same time, get on the private residents and businesses that have piled  it on their property and caused blind spots,” he stated.

As of Monday, the city has seen two feet of snow fall already this winter and more is expected.

With over 240 kilometres of roads and streets, dealing with all the snow is a challenge.

In budget discussions in November, council discussed the snow levy that is attached to property tax bills—a $60 add on that was to go snow removal and infrastructure.

The levy has collected $1.3 million since it was implemented, Finance Director Cheryl Tkachuk said.

“It went for snow management and it went for future infrastructure reserves,” Tkachuk told council, following a question by Coun. Dennis Ogrodnick.

“That’s what we want this $1.3 million to go to. Just snow, so the public knows how much was collected and that it went to its intended purpose, which was snow,” he said.

Some discussion centred around changing the purpose of the reserve to eliminate infrastructure and have it dedicated to snow removal only.

Dionne emphasized that the City funds snow removal, however it happens.

Council has one more meeting before the budget is finalized and Coun. Charlene Miller said she would like to see a breakdown of how much of the money raised in the levy went to snow removal and how much went to infrastructure needs.