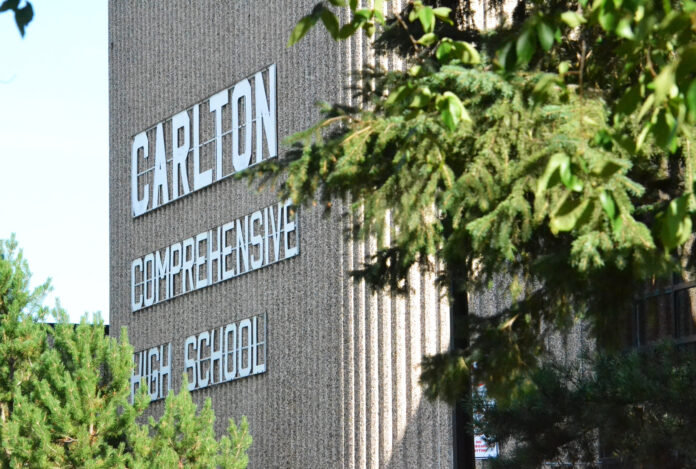 Carlton Comprehensive High School is hosting Indigenous Day on Friday and organizers have planned a full day of activities to recognize the cultural diversity on the campus.

Carlton teacher Bonnie Vandale has helped organize the event from the beginning. She said one of the other organizers, the late Victor Thunderchild, will be honoured during the Grand Entry on Friday. Thunderchild was a beloved educator at the school who passed away due to COVID-19 in April, 2021.

“We wanted to teach kids about cultural diversity and what it means too,” Vandale explained. “We just want to honour the Indigenous students here at our school because they are 60 per cent (of the student body)…. We want to give them a sense of pride and positivity.

“It was created to bring awareness but also to include the public and show them that we are doing positive things for truth and reconciliation and people on Treaty 6 territory,” she added.

The Grand Entry will open at Carlton’s soccer pitch with speeches from dignitaries including Lieutenant Governor Russell Mirasty. Thunderchild’s wife will also be attending.

Other events during the day will include and indoor trade fair and food. Cultural workshops will include beading, pointillism (dot art), pow wow demonstrations, various storytellers and much more.

Entertainment indoors includes Creeland Dances, Metis Fiddlers and a performance from Constant Reminder. There will also be T-shirts to commemorate the event available for sale.

Masks will be required for all indoor events

One advantage of the event, according to Vandale, is that it is open to the public.

“It was created to bring awareness, but also to include the public and show them that we are doing positive things for truth and reconciliation and people on Treaty 6 territory,” Vandale said.

“The public can come and if people want to come in and just take in the trade fair or whatever they are welcome to,” she added.

Vandale explained that cultural identity and pride in oneself are critical to young adults and teenagers.

“In the past our Aboriginal Day consisted of a powwow for First Nation people and many Metis activities,” she said. “This year we are going to focus more on the teaching portion of Indigenous culture. We will run many workshops and fun ways to educate all students for the people in Treaty 6 territory.”

After the Grand Entry, there will be a teaching powwow where dancers will discuss the various topics around powwow dancing. The square dancers will be bringing Metis culture with Dean Smith as fiddle player.

“Our storytellers are teaching about the medicines—sacred medicines—and another one is doing land and earth, honouring the land and water and then there is a Metis author and storyteller,” Vandale said.

They will also be hosting a lunch for guests. The concert by Constant Reminder will be in the afternoon.

Vandale explained that plans for next year are already under way. She wants to bring in ‘bannock on a stick’ similar to Metis Days in Saskatoon, and more activities outside.

“There are lots of good things happening and I am sure the kids are going to learn loads of stuff,” she said.

Ribbon shirt presented to Carlton in memory of Victor Thunderchild