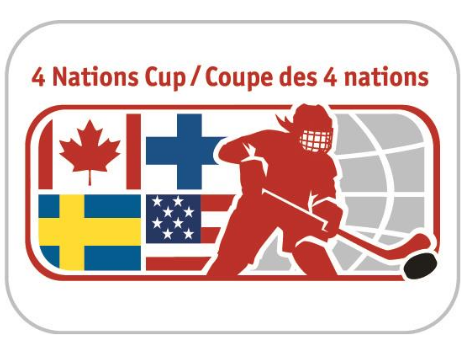 Hockey fans in Prince Albert will soon have a chance to see Canada’s national women’s hockey team in person.

The reigning Olympic silver medalists will take to the ice at the Art Hauser Centre on Sunday, Nov. 4 at 6 p.m. as they will go up against Finland’s national program.

“The Canadian team was looking for a place to play an exhibition game, and thanks to a few of the connections that we have, everything was put into place.”

Following that contest, Canada and Finland will then travel to Saskatoon to take part in the annual 4 Nations Cup tournament from Nov. 6-10 at the SaskTel Centre.

Sweden and the United States will also take part in that event.

“Other than the world championships and the Olympics every four years, the top women’s national teams really don’t get a chance to play each other that often,” Mays said.

“This is a big deal for those four national programs, especially as 80 percent of their lineups will be the same as what we saw compete during the Olympics in South Korea earlier this year.”

The announcement of the game, which was made during the first intermission of Friday’s contest between the Medicine Hat Tigers and the Prince Albert Raiders, came on the same day that the Prince Albert Northern Bears announced that they will serve as the hosts for the 2020 Esso Cup.

“It’s an exciting time for female hockey in this province,” Mays said. “Not only do we have major events coming here, but the SHA (Saskatchewan Hockey Association) has revamped the development path and we will have a full fledged Bantam AA league starting next year.

“We’re planning on a putting a team here in Prince Albert for that league and I think it’s really going to help our younger players as they now have a chance to develop their game after playing in pee wee before moving up to the midget ranks.”

Tickets for the game between Canada and Finland are $15 each and will go on sale to the general public Wednesday at the Art Hauser Centre box office.

Season ticket holders for the Raiders will have until Tuesday to get their tickets in advance.

Tanner Howe: from fourth round pick to rookie phenom with Pats