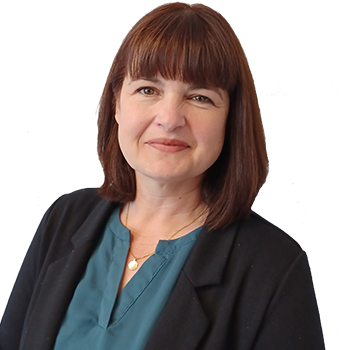 Opposition NDP Leader Carla Beck doubled down on her criticism that the $20 million in extra one-time funding for Saskatchewan school divisions was a “band-aid solution” as school boards deal with increased costs due to inflation.

Beck made the comments during a stop in Prince Albert on Tuesday where she attended a barbeque and was a part of the PAEX Parade.

The provincial government announced the additional funding on July 22. On Tuesday, Beck said that one-time funding announcements won’t be enough, and that school divisions needed some guarantees going forward.

“PA, like other divisions in the province, has not seen a funding increase that has kept pace with the costs or increase in enrolment in the past decade,” Beck said during an interview.

Beck said school divisions across the province have had to make cuts because their fixed costs were outstripped by the funding the division received. While she’s happy the province acknowledged the increase in costs by providing extra funding, she worries the effects will only be temporary.

“(I’m) happy that there is some acknowledgement of the increased cost because of the extraordinary 40 year inflation and specifically the cost of fuel that will hit school divisions hard,” she explained. “But, you have school divisions that are still looking at a situation where they have seen declining per student funding for a decade and that is a huge impact on places like PA.”

Beck argued inflationary costs were making it difficult for school divisions to run specialized programs because they couldn’t fill positions, like a speech language pathologist. When combined with the pandemic, and recent mental health concerns, she said schools don’t have the support they need.

“The lack of support outside of the classroom has meant that the classrooms have seen more and more put on their plate with fewer and fewer resources and this has been a concern for a long time,” Beck said.

The NDP leader said Saskatchewan’s recent windfall in resource revenues should be invested into schools and school divisions. She argued the current government should stop sitting on the revenue, and instead used it to fund education.

The Saskatchewan Rivers School Division and Prince Albert Catholic School Division were able to balance budgets without cuts before the funding was announced in July, however they have had to make cuts in previous years. Some of these cuts came through not filling positions, so the number of staff dropped through attrition.

Beck said school divisions have done a remarkable job managing their resources, but they need help.

“There is nowhere left to cut,” she said. “They have done a good job of keeping teachers in front of kids.”

Beck added that additional needs such as lunch programs and specialist programs were getting cut when they were needed most.

“The impacts of the pandemic, I think, were felt especially acutely with the kids in schools, be that mental health or lack of time spent in the classroom,” she said. “I think everyone did the best job that they could, but if there was a time to make sure that we are making these investments in the classrooms coming out of this pandemic, this is it.”

At the time of the announcement, the government acknowledged inflation was an issue.

“Our government recognizes the impacts rising costs across the country have on our schools and we are committed to ensuring every Saskatchewan student and teacher has the supports needed to achieve success in the classroom,” Education Minister Dustin Duncan said in a release at the time.

The investment means school operating funding will exceed $2 billion for the first time in Saskatchewan’s history.

As well on Tuesday, the Saskatchewan Health Authority announced that there will be a temporary disruption to Child and Youth Inpatient Psychiatry Services in Prince Albert.

The City’s only child psychiatrist will stop seeing patients on Aug. 5. Beck said this is another area the province needs to invest in while it has record resource revenue.

“This is the time to be investing in our kids and in our classrooms and we are not seeing that in a way that is sustainable,” she said.

“Now we see the closure of acute psychiatry in Prince Albert. When kids need supports, it often falls on the schools, especially when those supports don’t exist elsewhere, and there is no recognition for those increased needs.

“We have got a whole generation of kids that have gone almost their whole school career with declining supports, declining enrolments and I don’t think that that is sustainable in the long term.”

Return of PAEX sees more than 22,000 people through the gate

“An honour to be honoured”