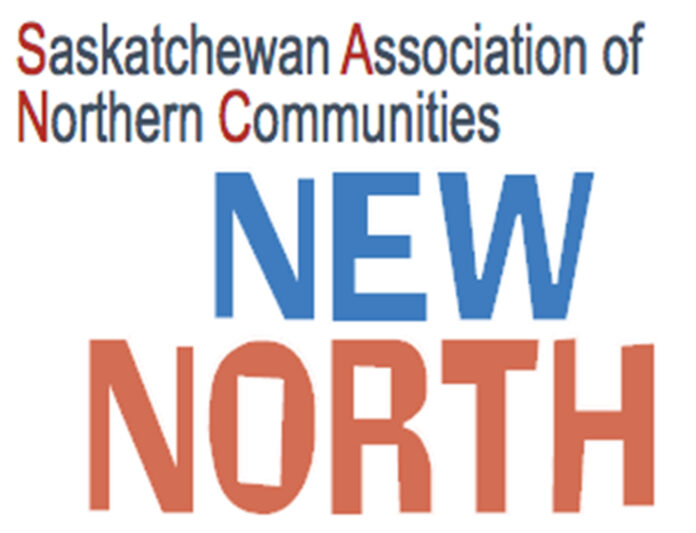 Warning: This report contains details that can be upsetting to readers

“We had a board meeting, and I was appointed as the new chairperson. We had a really good meeting,” Jolibois said. “Bruce Fidler contributed immensely to New North. He played a critical role and he’s a valuable leader. I think he just stepped away to focus on other things.”

Fidler stepped down after accepting the resignation of New North CEO Matt Heley.

Susan McKenzie, who was initially brought in to lead a “feminist project” and to supervise New North Executive Assistant Sunshyne Charles, was appointed acting CEO.

Charles says Heley “sexually harassed” her by sending text messages that “crossed the line” from friendly banter that they regularly engaged in to inappropriate behaviour.

“It is of utmost importance that we continue to strive to provide a safe and respectful workplace and that all members of our staff have our continued commitment to provide access to mental health services for anyone impacted.”

Fidler did not respond to the Daily Herald’s requests for an interview.

In texts reviewed by the Herald, Heley proposed sexual acts with Charles, said that he is in love with her and that he recently moved back to Canada from Australia in order to be with her.

Charles told the Daily Herald in an interview that the texts Heley sent her were “awkward” and made her feel uncomfortable. She said she felt afraid when Heley then visited her home.

Charles said she contacted the La Ronge RCMP in the days following Heley’s August visit to her home. La Ronge RCMP confirmed in an email to Charles in September that an officer warned Heley not to bother her anymore.

La Ronge and Saskatchewan RCMP both declined to comment when contacted by the Daily Herald. Heley is not charged with any crime in relation to the incidents described by Charles.

Charles informed Fidler of the incident in August and brought her concerns to the entire New North Board in September. Feeling that she wasn’t being heard, Charles forwarded her complaint to municipal leaders in October.

Heley denied that his texts constituted sexual harassment saying that he didn’t quit because of Charles’ complaints.

“I resigned because I’d accepted a position in Australia… If anything else is insinuated from the timing of my resignation I’ll have no option but to pursue my legal options,” Heley said in an emailed response to the Herald.

In a follow-up interview Heley said he visited Charles’ home to discuss the texts and clarify the situation with her. Heley said they were friends and that the text messages were mostly in keeping with their communications over the years.  He said he stopped texting Charles, and didn’t visit her home again, after the RCMP warned him not to.

Heley said that he was going through an emotional breakdown at the time and that he was feeling the effects of prescription medications when he texted Charles.

Heley showed the Herald previous texts from Charles including sexual innuendo that he believes show she was interested in a relationship with him.

“For her to claim that she was always wanting to maintain some kind of professional relationship with me is just ridiculous, and has absolutely no credibility,” Heley said.

“She was trying to pursue a relationship with me…  I’m the one who’s respecting boundaries here.”

Heley said he believes that Charles was trying to avoid having to attend work at the office by filing a complaint against him.

“I think at that point it became clear to the board… This was not about sexual harassment,” Heley said. “This was simply a convenient way for her to avoid coming to work anymore.”

But Charles said her absence from the office was because she felt increasingly uncomfortable around Heley as she continued to work from home.

She said previous texts between herself and Heley were not an invitation and that she never seriously wanted anything more than friendship with her boss.

“Despite Matt being my boss, I honestly considered him to be a close friend,” Charles said.

“I do not feel comfortable and safe working with Matt.”

Charles said the time and efforts that it took to resolve her complaint shows just how hard it is for women to come forward about sexual harassment in the workplace.

She said she had initially wanted to resolve the matter internally and expressed frustration at the length of time between the incident taking place and the board coming to a resolution.

Charles pointed out that Fidler accepted Heley’s resignation only after she sent her complaint to northern municipal leadership, including mayors and administrators, on October 5.

“Nothing was done until October 5 when I got my letter stating that they were going to accept his resignation. It took me sending a letter to all the mayors in northern Saskatchewan, because I was defeated,” Charles said.

“Sexual harassment needs to be brought up. At the beginning I didn’t want to start anything but now I’m all for it. Everybody should speak up because it’s happening all the time.”

Charles called for there to be more accountability and transparency at New North. She suggested that all future meetings should be open to the public and the press.

Charles and Heley both said the New North board didn’t handle the situation well.

In her letter Charles said the entire board should have been involved in resolving the situation and come to “whatever disciplinary actions they saw fit.”

“The lack of effort to protect me, the victim in all of this, is not only apparent when considering the various tasks that have been completed,” Charles wrote.

“They also seem to benefit Matt (Heley) in one way or another.”

Heley on the other hand sees himself as the real victim in the whole situation. He said he booked a flight to return to Australia and is no longer involved with New North in any capacity.

“In all of this everyone wants to act with integrity,” Heley said.

“I think throughout this entire process that I’m literally the only person who has acted with any actual integrity at all.”

“Even though the board was kind of directing me to organize meetings and so on, it was just way too much stress for me to deal with,” Heley said. “The fact is that (the board) still didn’t really do anything…  They weren’t moving it forward.”

“With the resignation (CEO Matt Heley) no longer has to participate in any kind of investigation. We did highlight that we need to update some of our internal policies and procedures and we’re working towards doing that right now,” McPhail said.

“We have looked at the board taking anti-harassment training, as well as looking at an internal policy review of how we will handle investigations as far as timeliness as well as what rights are afforded to all the employees.”

Jolibois said she wasn’t privy to details of the discussions leading up to the resignations.

“The board made a decision in moving forward. Sunshyne Charles is still an employee with New North and will continue to be an employee and work with the team that we have. We look forward to moving ahead,” Jolibois said.

A new representative for New North’s eastern region will be selected to replace Fidler at the organization’s upcoming annual general meeting.