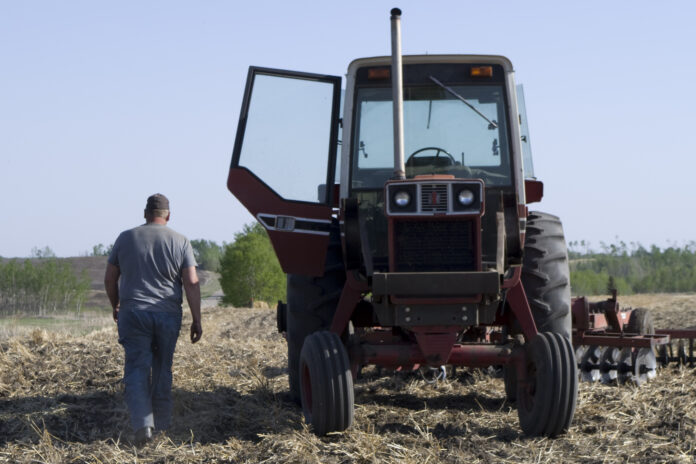 The north east and east central regions saw the most rain, with the highest amount reported in the Spruce Home and Rhein areas with 32 mm. The Barthel area reported 21 mm, the Turtleford and Meadow Lake areas reported 14 mm and Melfort reported 10 mm. Most farmers need more rain, especially in the southern and west central regions of the province, where it is needed to sustain crop and pasture growth.

The topsoil moisture across the province is declining due to very high temperatures and non-stop winds. There were small reports of rain in the province with very few areas receiving enough to alleviate the stress caused by extremely dry conditions. Producers reported that dry conditions and cool temperatures have greatly slowed hay and pasture growth, with some concerned about their ability to support cattle throughout the summer without more rain.

Moderately warm temperatures have also helped with crop development, and farmers are hopeful with the recent rains that this will continue. The lack of rainfall across the majority of the province has delayed hay land growth and will likely delay the timing of the first cut, as well as reduce the yield.

Dry topsoil moisture conditions have resulted in delayed emergence and development of later and smaller seeded crops. There have been reports of flea beetle damage in most regions, affecting canola development for some.

Farmers have been busy spraying when they can, scouting fields and performing other farm tasks. There have been isolated reports of frost, mainly in the central and northern regions; damage is not yet known, but the crop of most concern is canola. There have also been reports of damage from flea beetle, cutworms, gophers and root rot diseases.

Most areas of the northeast region received rainfall this past week. Most of the rain was welcome, but farmers in some areas did report that they did not receive enough to improve the moisture conditions of their soils. Areas around Spruce Home received the highest amount of rain in the region this week, with some crop reporters receiving 32 mm. The Garrick area received 15 mm, the Melfort area 10 mm, the Nipawin and Arborfield areas eight mm and the Vonda area five mm.

Most of the crops in the northeast are behind to normal in their development stage. The cool temperatures in spring have slowed down growth in many areas. Warm temperatures and sunshine are desired to help speed up crop development.

Farmers are busy in-crop spraying, moving cattle out to pasture and starting to think about haying. There were reports of hard frost at the end of the week and crop damage is expected to be severe in some areas. Flea beetles were also an issue in the region, causing damage to newly-emerged canola that had just been reseeded.

There were scattered showers throughout the northwest region this week, with rainfall ranging from nil to 21 mm in the Barthel area. The Turtleford and Meadow Lake areas received 14 mm, the Mayfair area 12 mm and the Hafford, Speers and St. Walburg areas eight mm.

Development of crops, hay and pasture in the northwest had been slow in previous weeks due to the cool temperatures, high winds and increasingly dry conditions. Now that some moisture and warmer temperatures have been received crops are growing quickly.

Farmers are busy spraying herbicides when able and assessing damage in canola fields that experienced frost over the past week.