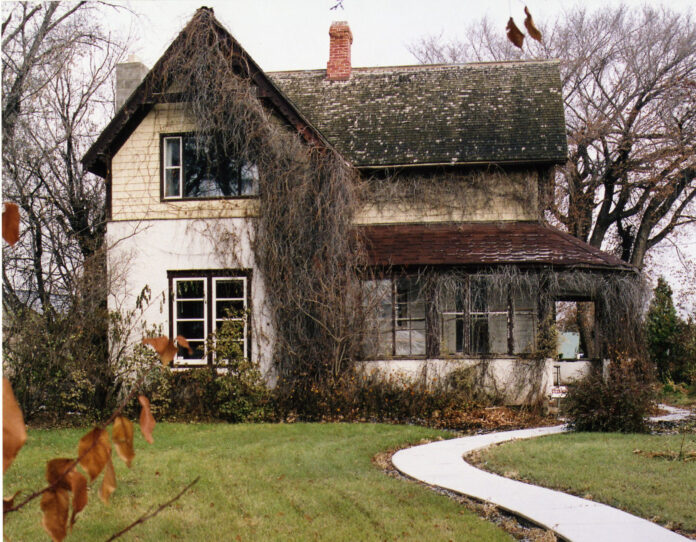 With the coming of the Spring weather, a walk along the banks of the North Saskatchewan River can be very appealing.

It had been a while since I had walked the Rotary Trail west of the Historical Museum, and when I came upon a bench I hadn’t seen before, I was glad that I had taken that direction.

Apparently the bench was placed there last October.  It is placed so that one can sit on it and look out towards the river.  When I was there, the ice was thinning, but still very much in place.  The bench itself, I realised, had been placed there in memory of someone who was dearly loved; in memory of someone who dearly loved the location, of someone who had for many years watched the river from that location, watched the ice thinning in the spring, the river flowing in the summer, and the water freezing over in the autumn so that it was solid ice throughout the winter.

Fanciful, perhaps.  But one of the pleasures which I get from my involvement in the Historical Society is making connections.  And this bench made me want to make connections; connections with the house, with its history, and with the people who had lived there.

If you are like me and have visited that bench, you will know that it is located on the site of the former house at 818 River Street West.  It memorialises the location as being the home of Charlie and Irene Dent.  Without searching any further, I knew that these people loved living in that house.  I could tell that once it was demolished, they would have missed living there.

The Dents bought the house in 1965.  They maintained it, a job which would not have been easy (nor inexpensive) as their home had been built in 1895.  In 1975, they added a garage, with a roof-top deck to allow them a better view of the river.  They planted a garden, grew flowers, and generally beautified the property.  And they cherished its history.

I mentioned that the house had been built in 1895.  A well-known Prince Albertan, James Sanderson built the house, immediately west of his business, the Sanderson sawmill.  The mill itself had been opened in the mid-1880s, when Sanderson and his partner, Sam McLeod, bought and salvaged the equipment which remained after a fire destroyed Thomas McKay’s mill slightly further up the river.

The Sanderson mill became known not only for the lumber it produced, but also for the stair treads, bannisters, and newel posts which were milled there.  The staircases in most of the early Prince Albert and area homes were likely to have come from the Sanderson mill, including the two staircases in the home at 818 River Street West.  I am told that the newel post for the front staircase was magnificent, and that of the back staircase wasn’t too shabby either!

Sanderson did not live in the house for more than ten years.  He found it advantageous to sell out to a competitor, the Prince Albert Lumber Mill, and his mill became their “B” yard.  Sanderson moved on to involvement in a lumber mill in British Columbia, before returning to Prince Albert at a later date.

In the meantime, the house was either rented or sold.  By 1909, its occupant was George Exton Lloyd, an Anglican priest who was at the time best known for having completed the settlement of the Barr colonists in the community which became known as Lloydminster.  Lloyd later went on to become the fourth bishop of the Anglican Diocese of Saskatchewan, a position he held from 1922 until 1931.  Occupancy of 818 River Street West was assumed in 1913 by the Reverend James Taylor, who had come from Battleford to take on the role of secretary-treasurer of the Diocese.  It is unknown whether Lloyd had bought the house and then sold it to Taylor, or whether the Diocese had bought the house or, perhaps, was renting it from the Sanderson family.  All we can determine is that these two clergymen lived in the house.

What we do know is that by 1919 the Prince Albert Lumber Company had removed its business and assets to The Pas and, as a result, Robert Gilmore had bought the sawmill buildings and the house.  Gilmore was running his business, The Gilmore Ice Company, from the former mill buildings, and was living in the house.  The company would cut ice from the river in the winter time and sell it to families and businesses so that items could be kept cold.  Gilmore continued living there until his death in 1943, after which his wife lived in the house for two years.

In 1945, the manager for Gilmore Ice, William Gauk, became the resident of the house.  Gauk managed the company, and lived in the house, until the Company closed in 1964.  By that time, uses for ice cut from the river had become limited and the business was no longer a profitable one.  The Gilmore Ice Company was closed, and Gauk put the house up for sale.

So it was that in 1965 Charlie and Irene Dent bought the house, which was well situated for them as it was near the grocery store which they operated in the 800 block of 13th Street West.  Later, when corner grocery stores began to go into decline, Charlie went into the real estate business, and Irene eventually opened a beauty salon within the house.  Although their employment changed, their love of the house was undiminished.

Shortly after the turn of the 21st century, the Dents realised that it was time to move into a smaller, more manageable residence.  The house they loved so dearly, and in which they had raised their family, would have to be put up for sale.  But for reasons which are not particularly clear, they found that they were unable to sell the house.  It might have been connected to the establishment of a local river authority, similar to the Meewasin Valley Authority in Saskatoon, or it might have been as a result of the 1-in-500 years flood plain plan imposed by the provincial government.  Whatever the reason, the only viable alternative for the Dents was to sell the property to the City.  Once the sale was concluded in 2008, the City demolished the house, destroying a history which spanned over 110 years.

But although the house is gone, the memories remain.  One can still visit the site, sit on the bench, and watch the river.  Whatever the mood of the river at that time.

Museum Musings: Did the City of Prince Albert choose the penitentiary over the university?