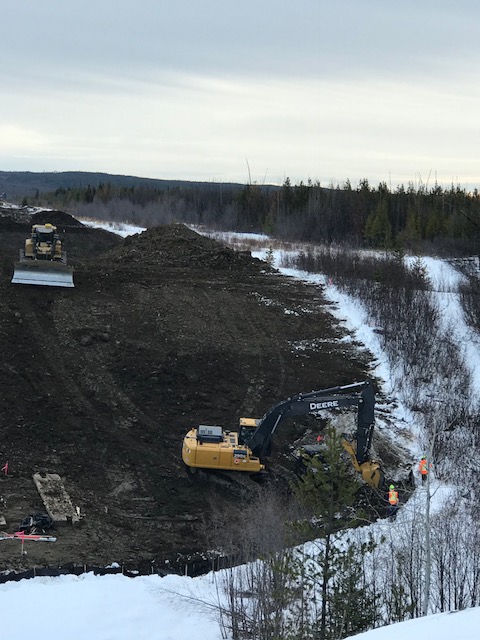 My name is Josh Morrow and welcome back to my story. After my hockey career ended, I had an opportunity to give the oilfield a try since I had no education and no real skill set that would allow me to find a good paying job. I made a phone call to a family member who quickly lined me up with a pipeline job in Northern Alberta. I would not say this was my first choice for a career, but it definitely paid the bills and gave me the opportunity to learn some new skills. Laboring on the pipeline was not the most glamorous job but it did give me the basics on how the industry worked. That summer, I ended up working an 82-day shift. Really, what else are you going to do when you are 200 miles away from any civilization? When I describe that to most people, they cannot believe that was even possible and for me a 90 hour week was the norm. I was young, focused and worked like a mule so the 12-16 hr shifts, 7 days a week with no holidays were fine for me at the time. I wanted to earn as much as I possibly could to start investing into my future. After that 82nd day, I was promoted to a pipe fitters’ helper with a $10 an hour raise. That was life changing back then. I guess they realized I was particularly good at numbers and calculations. This job was much less physical and involved a lot of wrench pulling, measuring and creative thinking. The industry was so busy at the time 15-year-old kids were dropping out of school because they could make over $75,000 a year. I asked one of them why they made that decision and they said even if they graduated, went to university, and got a job; where else would they be able to make this kind of money? It was hard to disagree with that at the time. To be honest, some of those kids moved up the ladder and became superintendents making over $300,000 a year. Life is about being in the right place at the right time. The next step was becoming an equipment operator. The money was a big step up and the job was a lot easier than pulling wrenches in the mud or freezing cold. Like anything, starting out was rough. I was fired a few times until I had the experience to know what I was doing. I just had to stay persistent. It was not long after, I kept learning and perfecting my skills to become one of the best heavy equipment operators around; and eventually a supervisor recognized my abilities and offered me a once in a lifetime opportunity to manage and supervise a wellsite reclamation portfolio. Basically, they were giving me an entire program to manage at the ripe age of 23. On all accounts, I hit the jackpot. The one big requirement was to get a degree. After contemplating that idea, I agreed to go back to school and get it. 8 years in the reclamation and remediation world was enough and I wanted to get back into the pipeline industry. It was something that I was craving. Standing on a freshly cleared right of way in the middle of the undisturbed wilderness hundreds of miles away from anything is serene. The smell of earth, burning brush piles, rivers and streams and the assortment of wildlife you encounter on a daily basis was amazing. I ended up inspecting and managing environmental programs on both the contractor and client side for the last 6 years. This is where having my Pilots’ Licence and Commercial Drone Licence provided me with exceptional advantages. I took a small career break during the election of 2016 but jumped right back in immediately after. If you are wondering what I have been doing for the last 4 years I will fill you in. The last three and a half years I spent on major pipeline projects in Northern British Columbia, Southern Manitoba and on the world’s largest carbon capture line. Something I wanted to focus on was acquiring my professional designations. The challenge was finding the time. So I made a point to buckle down and bury myself in the books to study after work and in the early mornings to accomplish that. I now hold a professional designation in both the profession of Agrology and Biology as a Registered Technologist. I obtained the federal designation of Environmental Professional and achieved my Project Management Professional designation from the Project Management Institute. Last but not least I just completed my designation as a Certified Professional in Erosion and Sediment Control. I really do have an endless desire to learn and improve. It must be true that your brain is a muscle and at times a sponge. The older I get the more I find it asking for exercise, at times actually begging for exercise. With the designations I acquired over the past 4 years, the best designation of all was becoming a Dad last December. Those little footsteps following close behind me need to follow the proper direction. You live, you learn, and you do your best to pass down that experience and knowledge, quietly praying every day that those foundation blocks are laid correctly. Love me or hate me you’ll want to read part 6 in next Thursday’s edition.