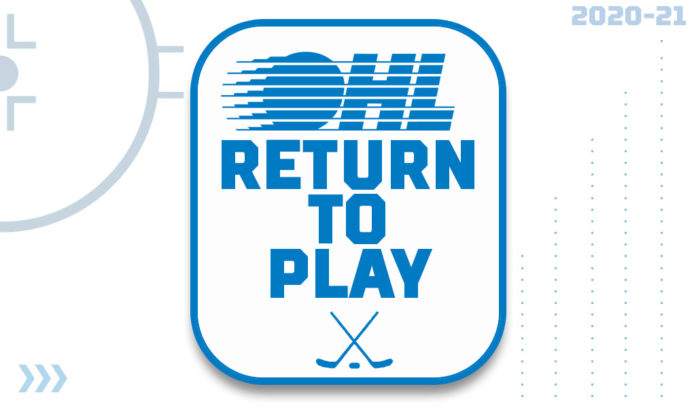 The Ontario Hockey League is planning to start their 2020-21 season at a later date than their counterparts in the Canadian Hockey League.

In a statement from the league that was released on Wednesday, the OHL announced that they are planning to return to play on Tuesday, Dec. 1.

“We are looking forward to getting back to playing hockey, but are committed to ensuring that we do so in a manner that is safe and healthy for our players, officials, families, billets, teams, staff, fans and the community,” OHL Commissioner David Branch said in a prepared statement.

“Players will remain at home until the season resumes and teams will work closely with them on both their academic studies and overseeing their on and off-ice development. In addition, the league will liaise with our facilities to ensure that our venues are safe for our return to play.”

Instead of the usual 68-game schedule, the OHL campaign will run for 64 games, feature limited out-of-conference play and conclude on Thursday, April 29, 2021

A 16-team playoff format, though it’s unclear if it will follow the traditional eight-team Eastern and Western Conference format as has been the norm in years past.

Sportsnet’s Jeff Marek tweeted on Tuesday night that the first two rounds will be a best-of-five format, while the last two rounds would see a best-of-seven format, but that was not confirmed in the OHL’s press release.

The OHL also announced that next year’s Memorial Cup, which will be hosted by either the Oshawa Generals or the Soo Greyhounds, will run from June 17-27.

The Quebec Major Junior Hockey League and the Western Hockey League have both stated earlier this off-season that they are looking to start their seasons on Oct. 1 and Oct. 2, respectively.

However, Marek said on Tuesday night that the WHL owners were having a conference call on Wednesday and that he was expecting a similar format to the OHL’s proposed plans.

The QMJHL is currently waiting for approval from provincial health authorities for a campaign that would see them play a 60-game schedule and have the 18 teams put into three divisions to limit travel instead of the current four.