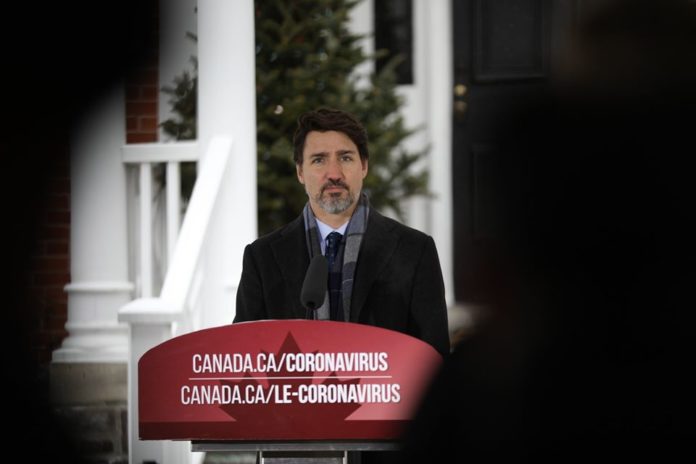 The federal government announced Friday that they are officially extending the emergency wage subsidy program (CEWS) deadline to December.

The program covers 75 per cent of wages up to a weekly maximum of $847 for workers at eligible companies and non-profits affected by the economic slowdown caused by the COVID-19 pandemic. The wage subsidy program was initially announced in March and had it’s deadline extended to June 6 in May.

On Friday Finance Minister, Bill Morneau, announced proposed changes to the CEWS that would broaden the reach of the program and provide better targeted support so that more workers can return to their jobs quickly as the economy restarts.

“We are ensuring that Canadians are able to get back to work as quickly as possible. The adjustments we are proposing would ensure that the CEWS continues to address Canadians’ needs while also positioning them for growth as economies continue to gradually and safely reopen,” Morneau said.

The proposed changes followed consultations with business and labour representatives on potential adjustments to the CEWS program aimed at ensuring that it continues to protect jobs and promote growth.

The CEWS helps businesses keep employees on the payroll and encouraging employers to re-hire workers previously laid off. Since its launch, about three million Canadian employees have had their jobs supported through the CEWS, and that number continues to grow.

The proposed changes included in the draft legislative proposals would allow the extension of the CEWS until December 19, 2020, including redesigned program details until November 21, 2020. They would also make the subsidy accessible to a broader range of employers by including employers with a revenue decline of less than 30 per cent and providing a gradually decreasing base subsidy to all qualifying employers. This would help many struggling employers with less than a 30-per-cent revenue loss get support to keep and bring back workers, while also ensuring those who have previously benefited could still qualify, even if their revenues recover and no longer meet the 30 per cent revenue decline threshold. It would also introduce a top-up subsidy of up to an additional 25 per cent for employers that have been most adversely affected by the pandemic. This would be particularly helpful to employers in industries that are recovering more slowly.

The Canadian Federation of Independent Business (CFIB) was pleased with the new details on the CEWS, according to a press release Friday. Assuming the legislation passes, the advocacy group thinks small businesses will be able to plan for the rest of 2020 with a better understanding of how much government support will be there depending on their sales.

“CFIB welcomes the change that will extend eligibility for the wage subsidy to all businesses with any level of revenue loss over the months ahead. The ‘all or nothing’ approach cut out many firms that were not able to predict their sales levels or had revenue losses under the 30 per cent threshold. Many more small firms will now be eligible for a smaller subsidy which will allow them to be more confident in making hiring decisions while their revenues remain uncertain,” president Dan Kelly said in the release.

The new rules are complicated, according to the CFIB.

“There are top-ups for those with revenue losses greater than 50 per cent and ‘safe harbour’ rules for those who would otherwise get a smaller subsidy in July and August. Over one third of CFIB members report their sales are less than half of normal levels. Many of these decisions make good sense, but a detailed analysis is required to fully understand all of the implications. CFIB is committed to working with the federal government to help communicate the new rules to small business owners and provide advice on any necessary changes,” he added.

The CFIB is also urging the federal government to make progress to reform other programs for businesses, including proceeding with promised changes to eligibility for the Canada Emergency Business Account and expanding the size of the loans and the percentage forgiven upon repayment.

“It is also critical that we make immediate changes to the Canada Emergency Commercial Rent Assistance program as it is just not working for most small business owners. Getting support directly to tenants and rethinking the 70 per cent revenue drop test are top priorities for small business,” Kelly said.

The hope is that these measure would provide certainty to employers that have already made business decisions for July and August by ensuring they would not receive a subsidy rate lower than they would have had under the previous rules. Address certain technical issues identified by stakeholders.

The Wage Subsidy had its budget boosted in the “economic snapshot” last week to $82.3 billion.

As of July 6 the Federal Government has approved 581, 800 claims with 252,720 unique applicants with a dollar value of $18.01 billion according to the federal government’s website.