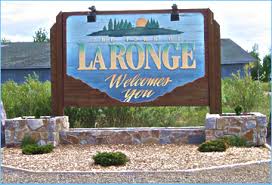 On April 30 La Ronge council members voted 6-1 to be exempt from the travel ban in the province’s north. Town Alderman, Jordan McPhail, was the only member to vote against the proposition, stating that the health of the town’s residents was more important than a temporary disruption in the economy. Immediately after this decision was made public, there was backlash from the people of the tri-communities in La Ronge, Air Ronge, and residents of the LLRIB reserves surrounding La Ronge and Air Ronge.

One woman decided to take matters in her own hands and created a petition to have the exemption rescinded.

“I created this petition for the safe- the health and safety for the community.” Said La Ronge resident Cheryl Jeffries. “We weren’t getting answers as to why the town council had gone and asked for an exemption. I just found it funny while we’re fighting this Coronavirus, and they would open us up to that instead of keeping, trying to keep us safe and limiting the people who are coming and going from this community.”

The petition, which was made on change.org, amassed over 500 signatures with a goal of 1000 signatures within just a few days. With the community voicing their opinion and the petition, the town council held a special meeting on May 3 to reconsider their decision for exemption on the travel ban.

“I can’t see an end to it if we keep allowing people in and out.” Jeffries said. “It worried me when I was told we have 12 hospital beds and one ventilator and I thought, “so, if there’s two people needing a ventilator, someone’s gotta decide who gets that ventilator?” I just, I don’t think that’s fair to our community and to let other people in at this point, when we can’t handle our own region. I just thought it was silly and I would have liked more clarification on the reasons why they did that, and nobody was getting those answers as to why they would want to keep the road open.”

La Ronge Mayor, Ron Woytowich, admitted to voting in favour of the exemption with the reasoning that the town wasn’t likely to have any cases of the virus.

“The first time this came into council, I voted in favour with the rest,” he said “With all honesty, we talked about the effect on La Ronge and the discussion was about what was happening on the westside and it shouldn’t affect us. And it was quick, the motion was made and without much discussion. I think the vote was six to one and I did have reservations, I admit that. There was this whole discussion about sending a letter to the Minister right away and I did talk to council I said, “let’s wait till tomorrow, let’s get some feedback, see whether we’re gonna do it.” They agreed, I voted in favour…”

Woytowich then says that he later told his wife and she was quite upset with him and he realized he was wrong, but there was nothing he could do after the fact.

There has been praise for the town council acting so swiftly to rescind the travel ban exemption, but there is still general upset that the vote was passed in the first place.

“I just can’t see why we would open it (the town) up to come in and potentially bring that (corona virus) in.” Jeffries said.

“We already have enough essential services that are coming and going from these parts of the province. I just think it would be silly to not close those borders to those people, so that we’re lessening our chances of bringing it (coronavirus) in.”

Jeffries has a couple family members who are more at risk of developing complications and there are other town residents who have compromised immune systems and autoimmune diseases. Some people with an autoimmune disease treat their condition with drugs that suppress their immune system to keep their immune system from attacking their own body, however, as these treatments tend to help with symptoms, it increases the patients chance of infection and catching a virus. And because the immune system fights infections and viruses, they are less likely to recover as quickly and as well, with a higher chance of lifelong complications if the coronavirus were to attack their respiratory system.

It is a scary thought to be immune compromised living in a town that has a hospital with just one ventilator, especially if there are asymptomatic carriers.

Testing kits are reserved for people showing symptoms, or who have been in contact with someone who had recently travelled.

Town Alderman, Jordan McPhail, who was the only councilperson to vote against the travel ban exemption was the one to put up the amendment, which had passed.

“Ultimately the vote did pass as a majority.” McPhail said “And I think it took quite a bit of coercion, but at the end of the day I think that we got to where we had to get to and we did the right thing as a council.”

There is now a check stop at the town’s limits where anyone entering or leaving must state that their travel is essential.