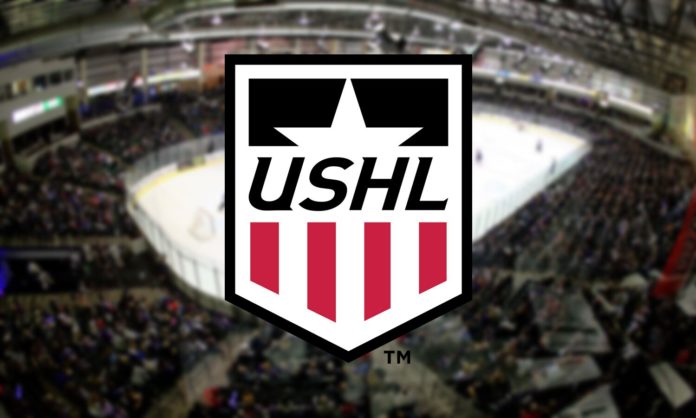 There were some local connections among the 421 players that were selected during a pair of drafts that were held by the United States Hockey League on Monday and Tuesday afternoon.

In Monday’s Phase I draft, which is for 2004-born players, 2019 Prince Albert Raiders draft picks Colin Kessler and Tyler Dysart were chosen in the eighth and ninth round by the Tri-City Storm and the Sioux City Musketeers respectively.

Kessler, who is from Anchorage, Alaska, was a ninth round selection by the Raiders last spring and had 41 points in 37 games this season for the Culver Military Academy’s Under-16 team.

Dysart, who calls Sunnyvale, Calif. home, took part in the Raiders’ Green and White Game in September after being chosen in the fourth round of the 2019 WHL Bantam Draft.

He had 17 points in 18 games this year for the San Jose Jr. Sharks Under-15 program.

One of the most notable picks of the day came in the sixth round when the Muskegon Lumberjacks selected forward Connor Levis of Vancouver.

Levis, who had 26 points in 33 games this year for the St. George’s School prep program in the CSSHL, was the 20th overall pick by the Kamloops Blazers in the 2019 WHL Bantam Draft.

He has yet to sign with the club and is currently committed to the NCAA’s Michigan Wolverines.

Prince Albert product Owen Ozar saw his name come up on the draft board during Tuesday’s Phase II draft, which allows USHL clubs to pick any player that is eligible to play junior hockey.

Ozar, who is gearing up for his third season with the BCHL’s Trail Smoke Eaters and has committed to the NCAA’s Denver Pioneers, was a sixth round pick by the Waterloo Black Hawks.

He was one of two Saskatchewan players to be picked in the drafts, with the other being Regina’s Stanley Cooley.

The Lincoln Stars took Cooley, who had 44 points in 56 games last season for the AJHL’s Spruce Grove Saints and has committed to NCAA’s Northeastern Huskies, in the second round.

One-time Raiders prospect Hunter Strand was the second overall pick on Tuesday by the Storm.

The Anchorage product, who was a sixth round selection in the 2017 WHL Bantam Draft, had 13 points in 53 games over the last two seasons with the US NTDP program and is committed to the NCAA’s Notre Dame Fighting Irish.

His WHL rights are now held by Victoria Royals as part of a trade that saw the Raiders acquire Regan Nagy in January 2018.

Flin Flon Bombers forward and future Denver Pioneers player Tristan Lemyre, who was named the SJHL’s rookie of the year after posting 62 points in 44 games, was the 14th overall pick by the Dubuque Fighting Saints.