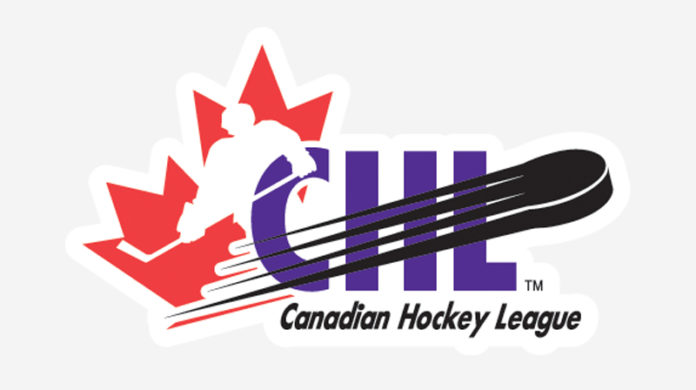 Memorial Cup will not be awarded for the first time

The 2019-20 major junior hockey season is officially over.

“We have continued to monitor the latest updates and advice from all public health agencies and medical experts, and worked tirelessly to determine a scenario by which the balance of our season could be played,” the CHL said in a prepared statement.

“Unfortunately, given the troubling state of our global climate and public welfare, there is still too much risk and uncertainty to move forward in good conscience.”

As a result, May’s Memorial Cup in Kelowna has been cancelled, which marks the first time that the trophy will not be handed out since it was established in 1919.

“Nothing is more important to the WHL than the health and safety of our players, officials, staff, and fans,” WHL commissioner Ron Robison said in a prepared statement. “Without any ability to predict as to when it will be safe and responsible to return to play, the WHL has made the difficult decision to cancel the WHL Playoffs and the balance of the 2019-20 season.

“All of us at the WHL will continue to do our part in battling this virus so that we may be in a position to enjoy more WHL hockey.”

In their press release, the CHL announced that the 2021 Memorial Cup will be hosted by an OHL club, as the Oshawa Generals and the Soo Greyhounds are both bidding for the tournament.

The status of the Rockets’ hosting duties for a future event has yet to be announced.

“These are unprecedented times in our leagues, it will be the first time that a team isn’t hoisting a Memorial Cup at the end of the season,” Rockets owner, president and general manager Bruce Hamilton said.

“We had a lot of discussions within our leagues and with the CHL over the past weeks. It was a tough decision to cancel the Memorial Cup, but with the uncertainty right now, we feel that it is the right one.”

The Prince Albert Raiders, who last played on March 8 in a 3-0 road loss to the Winnipeg Ice, will finish the season with a 36-18-6-4 record and a second straight East Division title.

The end of the 2019-20 campaign also marks the conclusion of the major junior hockey careers for Raiders overagers Zack Hayes, Jeremy Masella and Brayden Watts.

Hayes, who was the captain for this year’s club, had 79 points in 272 games after being drafted in the ninth round of the 2014 WHL Bantam Draft.

Masella had 34 points in 165 contests for the Raiders over the last two-and-a-half seasons following a trade with the Victoria Royals in January 2018.

Watts, who was an assistant captain with Masella and Aliaksei Protas this season, had a career year in Prince Albert with 61 points in 61 games after he was acquired from the Vancouver Giants in September.

Former Raiders blueliner Max Martin and Prince Albert product Riley Sawchuk will also be aging out of the WHL.

Martin, who was part of the Raiders 2019 Ed Chynoweth Cup championship side, had 58 points in 57 games for a Kamloops Blazers side that captured the B.C. Division crown for the first time since 2012.

Sawchuk was the leading scorer for the Central Division champion Edmonton Oil Kings with 76 points in 64 games.

The WHL regular season was to have concluded on Sunday and the playoffs were expected to get underway this Friday.