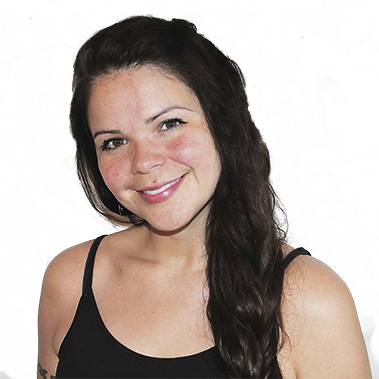 A friend and I had a disagreement the other day. I’d told her about an incident I’d had earlier in the week where I’d been so frustrated with someone I’d jumbled my words and it was obvious I was bordering on anger. Nothing more than that happened. We parted ways before the tension escalated but it left me with a lingering sense of disappointment.

I confessed to my friend that I had let myself down in that moment. I was in reaction-mode and teetering off the brink of logic, soon to reach unchartered territory where I would no longer be in control of my emotions.

That’s what happens to all of us when we let anger take over. We begin to do and say things that we would normally abhor, like a blacked-out alcoholic who is unrecognizable from their sober and meek self.

That’s what anger does: it transforms us, and never for the better.

However, like a dutiful good friend, my friend quickly came to my defence and argued on my behalf. She suggested that it wasn’t a bad thing for the offending party to see me angry. She thought the person might benefit from witnessing my boiling point as it would teach them boundaries.

She also remarked that there was nothing wrong with me not having the perfect response.

Those are definitely some interesting points, but I was less worried about what the other person thought of my frustration in comparison to how I perceived it myself. At one time in my life, maybe even not that long ago, I would’ve agreed with my friend—partly for my ego’s sake, but also because I willfully gave in to anger much easier.

However, that was also a time in my life where drama and dysfunction were the norm and anger flowed through my life freely and without abandon.

Now I try to examine my triggers and dismantle them before I set off into the world each day, mindful of the power my words and actions have upon those around me.

Anger is my responsibility, no one else’s. It’s also a reaction, always a reaction to something or someone we can’t control.

There is so much we cannot control that it would be so easy to remain in an angry state virtually every time we step outside. That doesn’t mean we must be servile and docile human beings, incapable of making change because we’re too busy with our spurious smiles; disguising thin efforts at refrain. We can certainly effect change without resorting to the upheaval of our most basic and primal selves.

I considered my friend’s words as I laid out a plan. I was to meet with the person I’d been frustrated with the very next day. Now, this person was comfortable with anger. I’d seen her outbursts before. I could do as my friend suggested and Alpha-male her; asserting my dominance which is always what anger and ego demand.

Or, I could try another approach which didn’t cause my soul and conscience to cringe in disapproval.

The next day I stated my boundaries, first and foremost, politely and with light humour. She understood instantly, was compliant and amiable, and do you know what? We had a great week full of laughter, good banter and joy. I like to think that was all possible because I chose to dismantle my anger and frustration rather than igniting them.

Anger may be a natural emotion, but we have the power to confront it and dissipate its energy or succumb to it and watch it consume us, devastating everyone and everything around us. It’s always our choice.