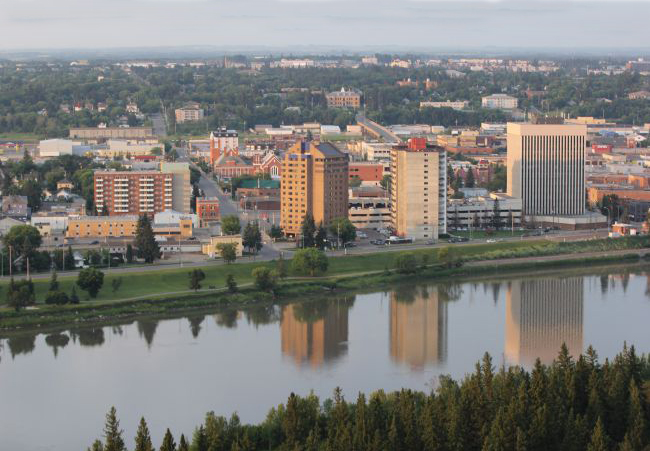 The July job data, released Friday, shows a five percentage point increase in the city’s labour participation rate and an increase in about 2,000 jobs.

In addition, about 200 fewer people were listed as unemployed. In total, about 1,900 more people entered the labour force, defined as either working or actively looking for work, as compared to last year.

Those changes helped bump the participation rate, which measures the labour force as a percentage of the population, from 65.5 per cent to 70.5 per cent.

Saskatchewan added 11,300 jobs year-over-year, according to data adjusted for seasonal factors (the local data for Prince Albert was unadjusted.)

The province saw the participation rate increase by 0.2 per cent and the unemployment rate fall by 1.1 per cent.

The province, though, did shed about 2,000 jobs month-to-month.

According to a press release issued by the provincial government, all-time historical highs were set for the working-age population (889,600) and labour force (621,700)

Off-reserve Aboriginal employment was also up 1,600 jobs, an increase of 3.4 per cent, year-over-year.

The province has seen 12 months of year-over-year job increases.

“A year of consistent job growth helps ensure Saskatchewan remains the best place to live, work and raise a family.”

According to data released earlier this week by the Canadian Federation of Independent Businesses, Canada’s private-sector job vacancy rate maintained its record high of 3.2 per cent for the fourth quarter in a row.

In Saskatchewan, the private sector job vacancy rate decreased slightly to 2.1 per cent, or 7,400 unfilled jobs.

“Job vacancy rates advanced in five provinces and remained stable or declined slightly in the other five last quarter, although Quebec, British Columbia and Ontario continue to drive the trend. We’re also seeing a strong pressure to increase wages in those firms that had vacant positions,” Ted Mallett, CFIB’s vice-president and chief economist said in a press release.

“While this rate of job vacancies can be a sign of a growing economy, we don’t want labour shortages to become an obstacle to business success. CFIB is asking all parties to commit to measures tackling the labour shortage in the upcoming federal election.”

The information sector had the lowest vacancy rate.

Nationally, employment changed little in July. The unemployment rate increased slightly month-over-month to 5.7 per cent as more people searched for work. Compared with last year, employment was up 353,0000, or 1.9 per cent, nation-wide, with 326,0000 full-time jobs added over the last year. Hours worked also increased, by 0.7 per cent.

Job numbers up in Prince Albert