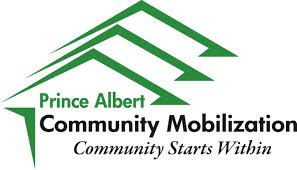 Community Mobilization Prince Albert’s Centre of Responsibility (COR) announced Tuesday that it would be ceasing operations by June 28. It had been in place since 2011.

The Hub table will continue operating.

“The centre of responsibility was a team of sector specialists and other analytical supports that worked together on various research-based initiatives that identified gaps and services in the community, and therefore, proposed some various initiatives that would fill those gaps,” said Tom Michaud, co-chair of the steering committee.

“The hub table will continue to operate and offer the important support it provides to the Prince Albert community.”

Hubs are networks of community and government agencies working together to address the needs of at-risk individuals and families in their communities. The hub uses analytics and other support to evaluate trends that affect a community’s safety and well-being. The Hub model was pioneered in Prince Albert and has expanded across Saskatchewan, with 14 tables serving 15 communities. An additional three First nation communities have adapted the Hub model to create Intervention Circles.

Michaud said the decision to wind down the COR came on the heels of a review of the organization’s strategic plan.

He said the COR “came to the realization that the local resources we have available in Prince Albert were not adequate to fully support the implementation and confidently anticipate its success with the strategic plan going forward.

“We’re not in a position here locally to give it its true justice and have it reach its full potential.”

Instead, the provincial government will look to implement a COR model within the Ministry of Corrections and Policing that will work with all 15 Hubs across the province.

“I’m anticipating they will have an opportunity to draw from a broader pool of resources than we did here in Prince Albert,” Michaud said.

“I look forward to continue working with the Hub team here in Prince Albert.”

Ministry of Justice spokesperson Drew Wilby said the province doesn’t have a timeline yet but ultimately hopes to make the transition from the Prince Albert to the provincial COR as seamless as possible.

“With the unfortunate news that the local agency decided to roll down the Prince Albert Centre of Responsibility, We’ll look to see how we can implement something at the provincial level to ensure that Hubs across the province are supported and able to continue the great work they’re doing.”

Wilby confirmed that the Prince Albert COR was the only one operating. One had started up in Saskatoon but halted operations a few years ago. He said the provincial program will look to the Prince Albert project to see what worked and what didn’t.

“While it won’t be the same as the Prince Albert model, we hope to learn some of those lessons and implement something provincially,” Wilby said.

“What we want to do is make sure each Hub is able to benefit from that and feed some of their data into a provincial COR, so we can run some of that analysis to determine what communities across the province require.”

Wilby said the Ministry of Corrections and Policing focuses on prevention, intervention and suppression, with the Hub serving the first of those three priorities.

“Hubs are crucially important,” he said.

“They’re focused on reducing the demand on the system. For us in Corrections and Policing, that’s essential to begin to address those questions of demand and why demand continues to go up.”

The intention is to provide support before people come in contact with the justice system.

“That’s the benefit to the province and the benefit to society when you’re able to connect people to services and get them back out and on their feet,” Wilby said, adding that Corrections and Policing provides the leadership to ensure everything is functional with partner agencies, ministries and communities.

“If we can alleviate the stress on the system and try to intervene further, we’ll hopefully get people back on their feet so they’re not coming into contact with the criminal justice system.”