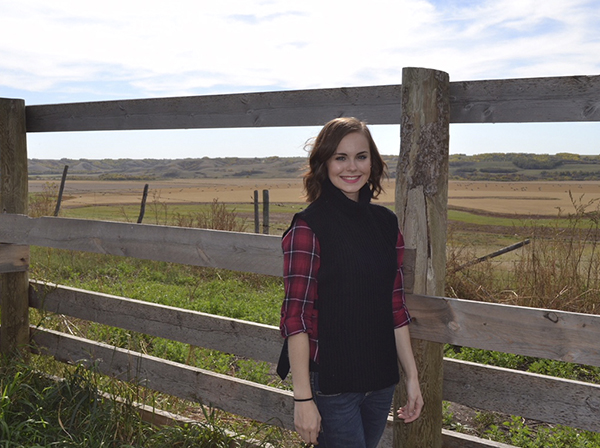 This likely isn’t the first time you’re seeing my name.

Aside from possibly coming across my byline a time or two, maybe you’ve seen me around with my nose in my notebook or doing interviews—regardless, I’m taking the time to ironically both introduce myself and say goodbye for a few months.

I’m a journalism student at the University of Regina and have had the privilege of working at the Daily Herald since the beginning of September.

While having my eyes on the city for a while, I had too many people to count question: ‘Why would you want to live in Prince Albert?’

Reporting here has completely validated why this city kept lingering in my head as a future home.

I’ve met local MLAs Joe Hargrave and Nicole Rancourt, MP Randy Hoback, and Mayor Greg Dionne was in attendance at at least half of the events I covered, all of whom were incredibly accommodating and welcoming.

I was able to interview police Chief Jon Bergen a handful of times, not to mention cover some major police service announcements, including my personal favourite, meeting the new K9 unit.

I’ve gotten to build relationships with prominent figures in this smaller centre, an experience that was previously foreign to me.

Now, here’s my insight into what it’s been like to work at the Daily Herald: The staff have welcomed me here with open arms.

They spend countless hours, working late into the night, to get local news delivered to your door five days a week.

For the past few months, I’ve worked beside people who don’t come here every day simply because it’s their jobs—they do it because they’re passionate about seeing the paper thrive, and I know it’s easy to overlook what goes on behind the scenes.

Before my experience here, I’d pick up a newspaper with much less appreciation for the time and effort that went into it before my eyes could scatter across the pages.

With that being said, subscribe to the paper, support local journalism and above all, recognize what it takes to get stories out there while they’re still relevant, but edited for proper facts, grammar and told in a creative, interesting way.

All of these reasons have contributed to my decision to continue reporting here after I graduate in April.

Until then, thanks for the opportunity and I look forward to telling more stories in this wonderful city.