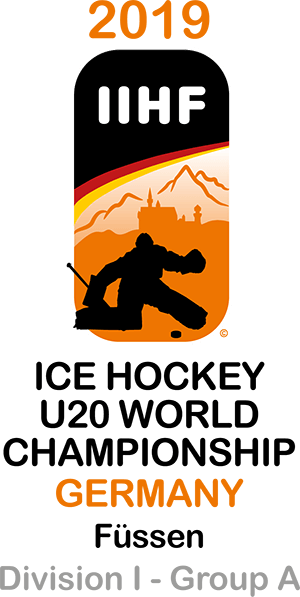 Aliaksei Protas and Sergei Sapego are doing their part to help their country get back to the World Junior Hockey Championship.

The Prince Albert Raiders teammates have both contributed to Belarus’ perfect start at the 2019 IIHF Division I World Juniors, which is taking place this week in Fussen, Germany.

After Sapego scored a goal in Sunday’s 5-3 win over Norway Sunday, Protas found the back of the net and helped to set up Sapego’s marker on Monday in a 6-2 win over France.

Heading into their next game on Wednesday afternoon against Austria, Belarus currently leads the six-team tournament with six points and has a one point cushion over Germany.

The top team at the end of the round-robin will earn a berth into next year’s World Juniors, which will be held in the Czech Republic.

Meanwhile, Brett Leason and Ian Scott have made their way out to Victoria, B.C. to take part in Canada’s selection camp for the World Juniors.

Three exhibition games against a group of players from U Sports will take place from Wednesday to Friday, with the final roster being decided on Friday night.

As no news came out Monday over the much rumoured move of the Kootenay Ice to Winnipeg, majority owner Greg Fettes made a statement to the Winnipeg Free Press over the weekend.

“I’m saying there’s no announcement on Monday or anything pending,” Fettes said in a brief telephone interview.

The Free Press reported in October that the Ice is planning to move from Cranbrook to Manitoba’s capital in time for the 2019-20 season.

After starting the year in the ECHL, former Prince Albert Raiders forward Jordy Stallard is heading to U Sports and will play for the Acadia Axemen in January.

The 21-year-old, who led the Raiders in scoring with 91 points last season, had a goal and three assists in 19 games with the Allen Americans and the Indy Fuel.

The Saskatoon Blades made a trade on Monday afternoon as they dealt 19-year-old blueliner Jake Kustra and a seventh round pick in the 2019 WHL Bantam Draft to the Victoria Royals for a fourth round pick in 2019.

The seventh round pick in the trade originally belonged to the Royals and was acquired by the Blades in the summer for forward Tyler Lees, who has two points in 22 games this year.

Kustra, who is from Yorkton, had an assist in 10 games before he was hurt in a 6-2 loss to the Raiders in Saskatoon on Oct. 14 and hasn’t played since.

A second round pick by the Blades in the 2014 WHL Bantam Draft, Kustra’s best campaign was last season when he had 18 points in 71 games.

Wednesday’s meeting at the Art Hauser Centre is the second of the season between the Raiders and the Oil Kings, with Prince Albert picking up a 6-3 win in Edmonton on Nov. 28.

The Raiders have won their last four matchups with the Oil Kings and have also picked up four straight victories over the Central Division side on home ice.

After a 6-3 loss to the Saskatoon Blades Tuesday, the Oil Kings have a 16-12-3-2 record and are five points back of the Red Deer Rebels for first place in their division.

Trey Fix-Wolansky, who is currently on a nine-game point streak, enters the game with 63 points and is one back of Brett Leason for the league lead.

He’s also tied Portland’s Cody Glass for the most assists in the WHL this season with 42.

The Oil Kings will be without Vladimir Alistrov and Andrei Pavelnko for Wednesday’s game, as they are playing with Protas and Sapego on Belarus’ team at the Division I World Juniors.

According to the WHL’s weekly report that came out Tuesday, defender Jacson Alexander is out for the rest of the season with an undisclosed upper body injury.

The 17-year-old from Victoria had five points in 15 games after being acquired from the Swift Current Broncos in August but hadn’t played since a 7-2 road win over the Kootenay Ice on Oct. 26.

Meanwhile, the Raiders announced on Tuesday that forward Tyson Laventure and goaltender Brett Balas have both been called up to the team.

The 15-year-old Laventure, who is from Lloydminster, was a second round pick by the Raiders in the 2018 WHL Draft and has 43 points in 22 games this year for the OHA Edmonton prep school program.

Balas, a 17-year-old from Calgary that was selected in the third round of the 2016 WHL Draft, had a 2-13-1 record with a 4.94 goals against average and a .888 save percentage for a Calgary Canucks side that is at the bottom of the AJHL standings.

Ice overtake Raiders for first place in the East Division