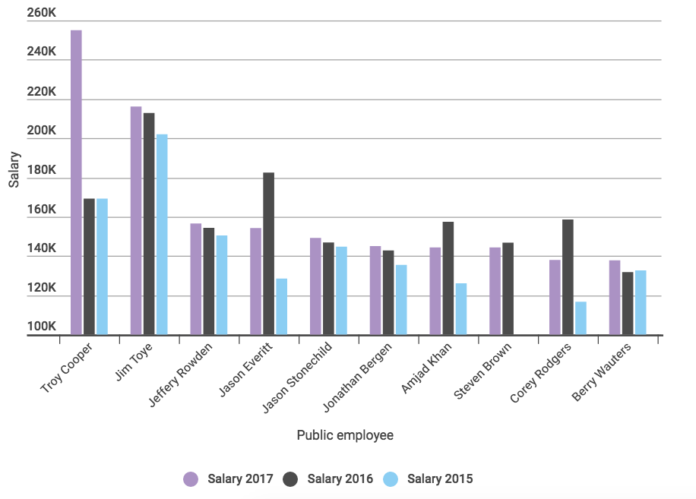 The highest paid public employee is former police chief Troy Cooper, according to the 2017 public accounts released by city council at Monday’s meeting.

Jeffrey Rowden made $156,569.80 last year as deputy chief. Right now he is acting chief police since Cooper left his position.

The public accounts show the salaries of every public employee that receives a salary over $50,000.

Five of the top highest paid city employees no longer work for the City of Prince Albert. In addition to Cooper and Rowden, Jason Everitt, Amjad Khan and Steven Brown are no longer city employees. Mayor Greg Dionne was not available for comment.

Hover over the bars below to get each public employees salary for 2015-2017.

Roads, buses and water — the 10 most expensive city payements

Council to mull options to expand voter options in light of...