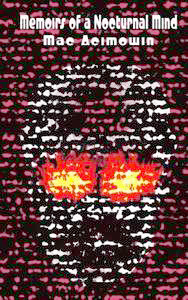 The main character in the debut offering from Prince Albert author Mac Acimowin doesn’t sparkle in the sunlight. He’s not that into romance with a teenage girl. He’s more into feeding on blood in the dark of the Scottish night.

The book is an adaptation from a play the author wrote for Carlton High School over ten years ago. That version of the story is much tamer than what is in the novella, but the inspiration is the same – a true, scary vampire story.

“I kind of sat on the play for a couple of years and watched what was happening with the world of vampire literature,” Acimowin said.

“I’d written a play pre-Twilight, so I was watching one of my favourite groups of characters become milk-toasty, romanticized, glittering, angst-ridden navel gazers. They were so caught up in their own inner turmoil about what they were doing and wanting to be human. My favourite books were always the ones where the vampire was an evil creature that needs to be destroyed, or the vampire that is essentially a serial killer that can’t die.”

That’s the story Acimowin set out to write.

“This is a guy who’s turned into a vampire and just goes with it, becomes the bloodthirsty killer, the terrible boogeyman a vampire should be,” he said.

“He has no qualms. He notices his humanity is vanishing, and is accepting of it. The story was written to be the anti-Twilight.”

Acimowin said the vampire isn’t intended to be in the vein of Bram Stoker’s Dracula either. He’s not high class. He’s hungry.

The character goes from being a jet-setting playboy from a well-off family to this murderous beast transformed by this urban legend who has inhabited an area of Scotland for hundreds of years.

“You’re not dealing with individuals who are regal by any means. They’re not upper-crust eloquent individuals,” Acimowin said.

“It’s going from opulence to learning to be hungry. Going from jet setting to hiding from the sun.”

Acimowan said he’s looking to attract the type of audience who enjoyed the latest film incarnation of Stephen King’s IT. “(The book) has a a lot more of the jump-cut violence,” he said.

“That audience will kind of gravitate towards the book, this return to some pretty hardcore vampireishness.”

And while the characters from this story won’t return for a second book, Acimowin is creating a world where other stories will be told.

“While these characters are centralized to this book, it’s a world I’ve created for them,” he said.

“In other books I’m writing, vampires interact, and they run into each other periodically, some have been crated by the one vampire. They all emanate from this one Scottish vampire and go out into the world. Books span multigenerational lines and different locations. They’re all in the same universe.”

Acimowin will be launching his first book today at the John M. Cuelenaere Public Library. The reading and meet and greet gets going at 2 p.m. Books will be available for sale, though they’re also available through Amazon.

Initial response from those who have read the book has been positive, though Acimowin said the ending might catch people off guard.

“I hope there’s a good turnout (Saturday), he said.

“It’s a pet project for me. I hope the people that read the book will really like it.”

** This is a corrected story. The original story mistakenly compared the novella to IT. It also contained several typos, since corrected. The Herald apologizes or the errors.**