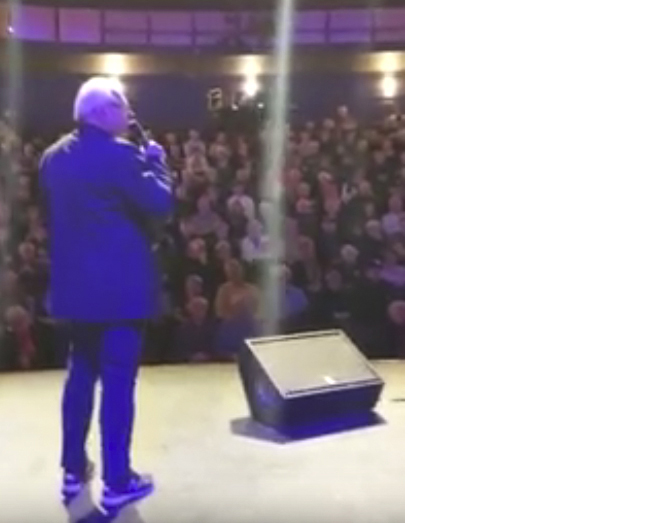 Something quite profound occurred in the City of Prince Albert last Sunday, Feb 25.

It happened at the end of the Prince Albert Winter Festival’s Gospel Show, the traditional finale to 11 days of Festival shows and activities.

A Gospel Show is a simple concept. Performers sing songs that present, well, the gospel, as understood by those of Christian faith. Songs that inspire hope, courage, faith, but most of all, love for each other as brothers and sisters. Love that commands action in kindness and understanding toward our neighbours.

Festival President Barry Mihilewicz took it to a new level Sunday night. Barry is whole-heartedly engrained in the community fabric. A husband, father, businessman, volunteer, diplomat, ambassador and, a peacemaker.

At the end of the show he invited the cast of the Gospel Show onstage to take a bow. He then invited the Festival’s board of directors up, along with the city’s mayor.

Then, without naming it, Barry spoke about a painful divide in our community, ripped open afresh by recent legal proceedings in our province.

“I am not going to give voice to it,” he declared. He didn’t have to. We all knew what Barry was referencing.

“I’m just going to say that we know we need unity, love, and peace, right? Cause really we’re all brothers.”

Barry’s sentiments were echoed by Indigenous leader Lawrence Joseph and Mayor Greg Dionne as each also addressed the audience.

Barry then called upon the people in that packed auditorium to be the change that will heal our community. From the heart out.

Then Barry asked the crowd to voice that resolve by leading them to sing, “Today I’m going to try to change the world.”

It was a moment. A moving, profound moment.

It just might have been the most powerful step taken to date in the mission toward Truth and Reconciliation in Prince Albert.

If you missed it, you can see it here.