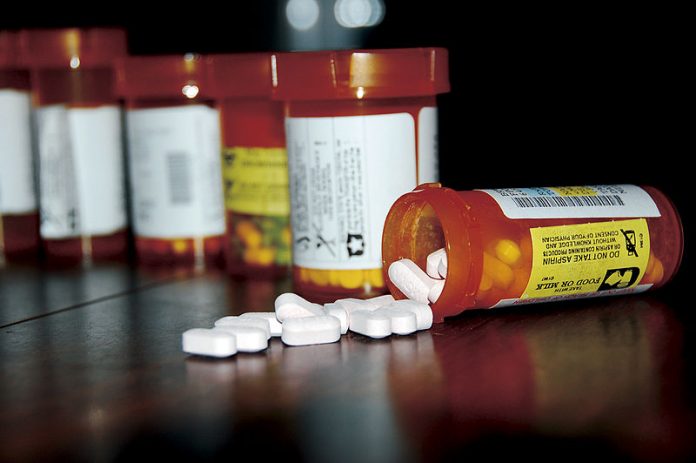 A Prince Albert senior has pleaded guilty to drug charges after apparently dealing in large quantities of prescription narcotics.

Rosemarie Zoerb, 60, appeared in Prince Albert’s Court of Queen’s Bench Monday. She shuffled over to the dock, clutching the wooden rails to support herself. In previous court appearances she has used a wheelchair, but not on Monday.

Zoerb stood as the court clerk read her charges. She was facing multiple counts of possession for the purpose of trafficking, after police found hydromorphone, codeine, Ritalin, Gabapentin and marijuana in her home under suspicious circumstances. She pleaded guilty to all those charges, as well as possession of the proceeds of crime and failing to abide by a court order.

The charges stem from two incidents. In 2015, a confidential tip led police to set up a sting at Zoerb’s Prince Albert residence. When they eventually moved in to search, they found 150 pills of hydromorphone, a powerful pain killer also known as Dilaudid. They also found 160 pills of Gabapentin locked up in a safe.

Zoerb was charged and released on conditions. But police set up surveillance again, and collected evidence to search the residence a second time this July. They found 154 hydromorphone pills in separate small baggies, as well as 71 codeine pills, 30 Ritalin pills and 37.3 grams of marijuana.

During Zoerb’s bail hearing in August, Crown prosecutor Trent Forsyth said she was operating a “pharmacy for the street.” On Monday, he said he is planning to seek a penitentiary term when Zoerb comes back for a sentencing hearing in January.

The court is awaiting a pre-sentence report for Zoerb. Her lawyer said it should include information on Zoerb’s health conditions, which he suggested could impact her ability to serve a penitentiary sentence.