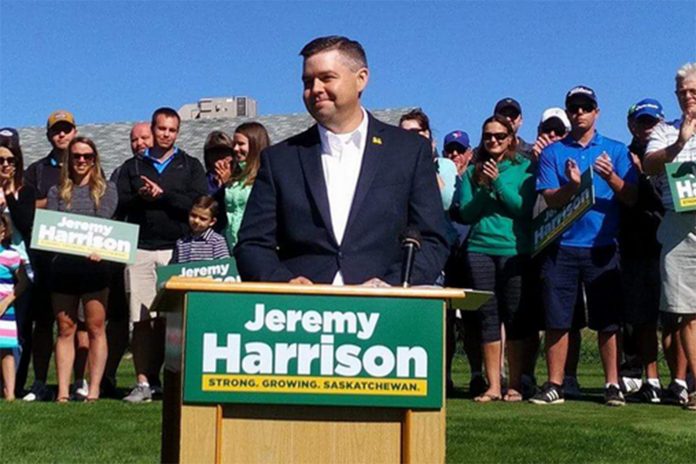 The second contender in the Saskatchewan Party leadership race has entered the ring.

On Saturday, Meadow Lake MLA Jeremy Harrison announced his intention to seek the party’s top job. Harrison was first elected to the legislature in 2007, where he served as the Minister of the Economy, Minister Responsible for Tourism, Innovation, Trade, and the Saskatchewan Liquor and Gaming Authority, among other portfolios.

“Premier Brad Wall has been the steadfast and charismatic captain of our team for the past decade, providing incredible leadership to help grow our economy,” Harrison said in a press release. “We have to keep going. We need a strong Saskatchewan. We need a growing Saskatchewan. That is why today, here at home, I’m proud to announce my candidacy for the leadership of (the Saskatchewan Party) and for the Premiership of Saskatchewan.”

During his announcement Harrison came out swinging at the federal carbon tax, which he vowed to fight with every tool at his disposal.

“A massive new federal carbon tax will have a devastating impact on our economy,” he said. “Make no mistake, this is a revenue measure, a way to get money out of your pocket and into the hands of federal politicians and bureaucrats. It will do little to nothing to reduce emissions.”

Harrison grew up in the Meadow Lake area before attending the University of Saskatchewan.

Harrison joins Regina MLA Tina Beaudry-Mellor as the only two candidates in the leadership race.