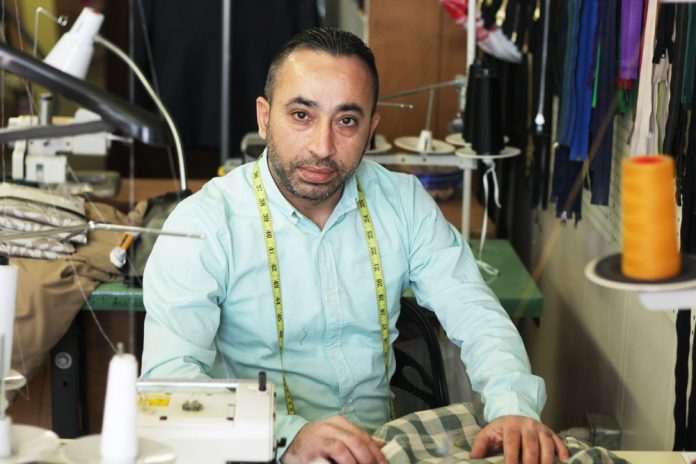 Fadel al-Othman and Khaled Kourkaji are regulars at Selena’s Donair.

Late in the evenings, they join other Syrian refugees in the restaurant on Second Avenue West. As shisha smoke wafts through the air, they share English words they learned over the day.

“When we meet, we exchange words,” Kourkaji said. “He asked me, did you learn a new word? I told him, I have three.”

Al-Othman and Kourkaji are serious about their English. They both believe it’s the key to building a new life in Canada.

Upon their arrival in Prince Albert last year, they both started language courses at the YWCA. They found part-time jobs – Kourkaji at a drycleaner’s and al-Othman at the Lebanese Kitchen restaurant. The work helped them practice what they learned in the classroom.

Early this year, they reached their one-year anniversaries in Canada. That moment had major financial consequences for both men. It marked the end of federal government support, and the shift to a much less generous regime: Saskatchewan’s social assistance program.

They reacted to the new reality in different ways. Their stories are only two of about 130 in Prince Albert, as Syrian refugees strive to integrate in the midst of a major budget crunch.

For Fadel Al-Othman, month 13 came in January. That was the end of his 12-month-entitlement to the federal Refugee Assistance Program. Until then, al-Othman could keep up to $750 of employment income before the government began shaving money off his assistance payments.

He made good use of it. After his YWCA language class at St. Alban’s Cathedral, he’d rush over to the Lebanese Kitchen on 28 Street to earn extra cash for his wife and four kids.
When month 13 came, his routine didn’t change much. But now he’s basically working for free. After $125 of work income, every dollar he earns is a dollar taken from his family’s social assistance cheque.

He doesn’t complain. “It’s hard,” is all he’ll say. He’s used to hardship.

For more on this story, see the April 25 print or e-edition of the Daily Herald.