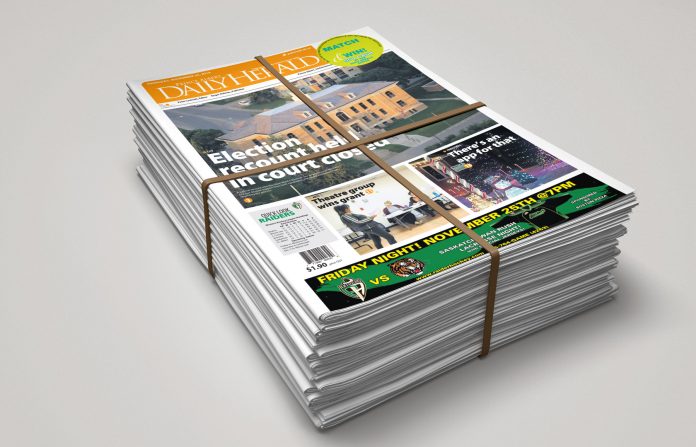 The streak has finally been broken, and it happened on the national stage.

“It was a close game. I thought for the most part we battled hard and we had lots of pucks on their net,” head coach Jeff Willoughby said after the match.

“I thought we outplayed them for the most part. We just didn’t outplay their goalie.”

The loss came after 15-straight regular season, playoff and regional victories for the Northern Bears dating back to Jan. 29.

“Our goal is now to start another streak and it starts with one,” Willoughby said.

“A loss is a good wake-up call and they are inevitable … we just have to reload.”

The home team was first on the board, with the Hawks’ Hannah Petrie breaking the ice at the 8:16 mark of the opening frame.

Kate Ball tied the game for the Bears early in the second period, but Toni Conrad responded promptly for Pembina Valley, regaining the one-goal lead just over two minutes later. The Bears out-shot the Hawks 19-6 in the frame, but Oswald was unbeatable.

Neither team was able to score in Period 3.

“We came out and we weren’t tentative and we skated well,” Willoughby said of his team’s introductory Esso Cup match.

“We had a good start today and we just need to keep the good start with us and build.”

The Bears are back in action on Monday at 2:30 p.m. when they take on Ontario’s Durham West Lightning.