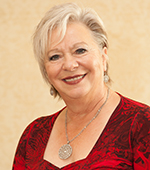 A dedicated member of the Prince Albert community is being recognized for all the work she’s done in the area.

On Tuesday the province released the list of winners of the 2016 Saskatchewan Volunteer Medal and Prince Albert’s Janis Olesko is one of the recipients.

“It’s so exciting isn’t it?” Olesko exclaimed when reached by phone.

“It’s a great, prestigious award. It’s wonderful. I found out a week ago, but I had to keep it under wraps. That was so hard. I was really, really surprised and of course very honoured.”

Along with the other nine award winners, Olesko will receive her medal during a ceremony in Regina on April 24 from Lieutenant governor Vaughn Solomon Schofield.

The event is held to coincide with National volunteer Week, which takes place from April 23-29.

“These recipients of the Saskatchewan Volunteer Medal exemplify the very best of Canadian qualities, including generosity, compassion and service,” Solomon Schofield was quoted as saying in a media release.

“I congratulate each of them on this well-deserved honour, and I thank them for their enormous contributions to the people and communities of Saskatchewan.”

Olesko is a retired teacher, who has also spent portions of her life as a farmer and a homemaker. She currently lives outside of the city, in the rural area.

She has spent time volunteering with several organizations.

For more on this story, please see the April 5 print or e-edition of the Daily Herald