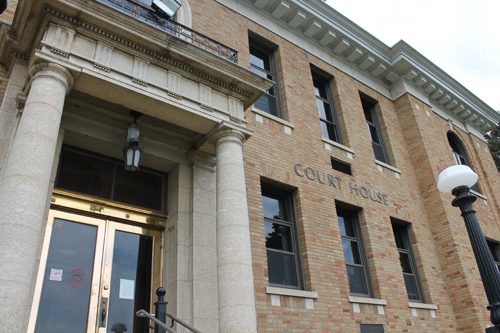 Sexual assault charges against Duane Moosehunter were dismissed Wednesday, after the complainant declined to testify at trial.

Moosehunter, of Sturgeon Lake, was set to face trial at Prince Albert’s Court of Queen’s Bench for an alleged sexual assault dating back to 2008.

But Crown prosecutor Catherine Gagnon stood up Wednesday morning and told the court: “we have a problem.”

Key witnesses had failed to attend. Gagnon said she would dispatch RCMP officers to locate them in Sturgeon Lake.

The complainant, who cannot be named under a publication ban, arrived about an hour later. She spoke with Gagnon. When the court reconvened, Gagnon said she would not be able to proceed.

“The Crown will have no evidence to tender,” she said.

For more on this story please see the Jan. 11 print or e-edition of the Daily Herald.